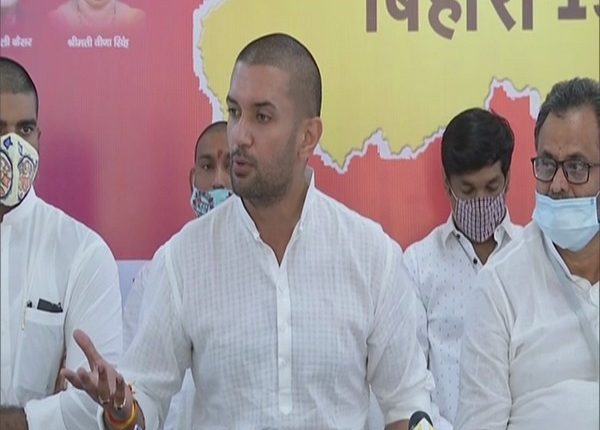 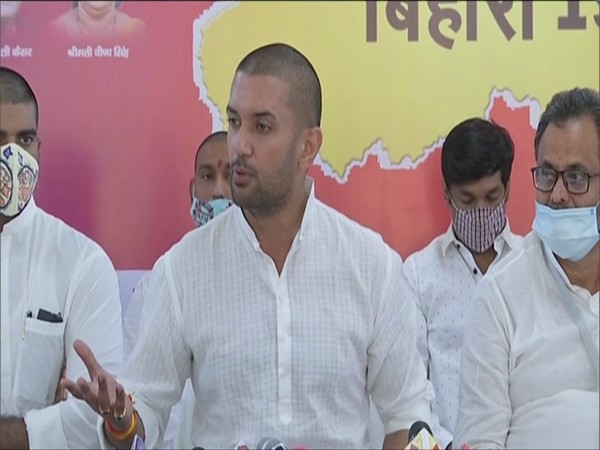 Patna (Bihar) [India], October 27 (ANI): Reacting to minister Sanjay Kumar Jha’s ‘jamura’ comment, Lok Janshakti Party (LJP) leader Chirag Paswan on Tuesday said JD(U) leader is actually insulting Prime Minister Narendra Modi by calling him a ‘Madaari’.
Speaking at a press conference here, Paswan said, “If I am a jamura, who is the madaari? Do they know who they are mocking? They say that I am acting on the orders of the Prime minister. By calling me jamura, they are insulting the Prime Minister and calling him a madaari. The continuous insult of the prime minister is beyond me. By being against just one person, you are speaking against the PM as well,” he said.
JD(U) leader Sanjay Jha slammed Paswan for criticising Nitish Kumar and said, “The statement made by Chirag about Nitish Ji is part of ‘Jamura’ role, he is playing nowadays. Now, you can interpret to your own understanding who is Chiraag’s ‘Madaari’. Someone is making Chirag dance to their tunes, so he’s dancing.”
He also accused the Chief Minister of getting worried whenever he brought up the topic of an investigation regarding corruption in ‘Saat Nischay’ and the smuggling of alcohol.
“Everyone knows that alcohol is readily available in Bihar. Who is protecting the smugglers and who is profiting from this smuggling of alcohol? Where is the revenue going, CM ji,? Is it going into your pocket?” he questioned Chief Minister on the liquor smuggling.
“The ‘Saat Nischay’ is one of the biggest scams. Some are saying that people were making 40 per cent commissions from this. When I went for my yatra, I saw the condition of ‘nali gali’ they are always talking about. If this is the condition, why shouldn’t there be an investigation? Why is the CM so afraid if he is innocent?” he added.
On Sanjay Jha’s statement that he is a flop in Bollywood so he will also fail in politics, Chirag Paswan accused Chief Minister Nitish Kumar of turning the word ‘Bihari’ into abuse and said that he returned just to take care of his father.
“Had I stayed in the industry for longer I would have made a name for myself. All actors struggle in the beginning. I came back due to my father’s ill health. I saw the reality of how they were treating our people and using the word Bihari was like an abuse. Nitish Kumar ji turned the word ‘Bihari’ into an abuse. I constantly addressed myself as a Bihari. I am proud to tell people that I am a Bihari and I want every person here to have this same pride,” he said.
Paswan further said that he wants that each and every resident of the state to feel proud of being a ‘Bihari’.
The Bihar Assembly elections will be held in three phases on October 28, November 3 and November 7. The counting of votes will be held on November 10. (ANI)