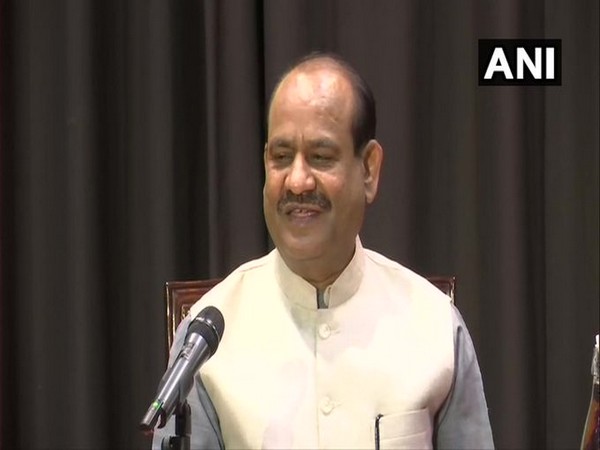 New Delhi/Kota [India], October 27 (ANI): Indian Parliamentary delegation led by Lok Sabha Speaker Om Birla will attend sixth BRICS Parliamentary Forum to be held virtually on Tuesday.
The meeting will be chaired by the Vyacheslav Volodin, Chairman of the State Duma of the Federal Assembly of the Russian Federation. Speakers and members of five BRICS Parliaments namely Brazil, Russian Federation, India, China and South Africa will participate in the Forum.
The Indian parliamentary delegation comprises Lok Sabha MP Kanimozhi Karunanidhi, Lok Sabha Secretary General Snehlata Shrivastava.
The theme of the Forum is BRICS partnership in the interest of global stability, general safety and innovative growth: Parliamentary dimension.
The forum will also discuss improvement in the quality of life of people of BRICS countries, preparation of legislative initiatives in the area of public health care, social protection of citizens during the COVID-19 pandemic, economic rehabilitation in the post-COVID period including the support measures to MSMEs and the development of distant regions and development of the future Parliamentary cooperation among BRICS countries. (ANI)

Anupamaa: Gaurav Khanna aka Anuj Kapadia To Take An Exit From The Show? Rupali…

Could ‘Hellbound’ Be The Next ‘Squid Game’? Fans Think It Might Just Be Better!

5 Super Rich Bollywood Couples Who Can Buy Anything They Want

HNLC has no camp on Bangladesh soil: BSF DIG

T.I. Talks To His Fans And Followers About Voting – Check Out His Message

Bigg Boss 15: Raqesh Bapat Stands By Shamita Shetty Over Being Called Arrogant & Privileged, “When They Go Low, We…

When Ranbir Kapoor Trolled Koffee With Karan Over Its Gift Hamper For Winning Rapid Fire: “Nothing, Ghanta You Get…”

Spider-Man: No Way Home To Release A Day Earlier In India!

Andhra Bank’s net up by 35 percent