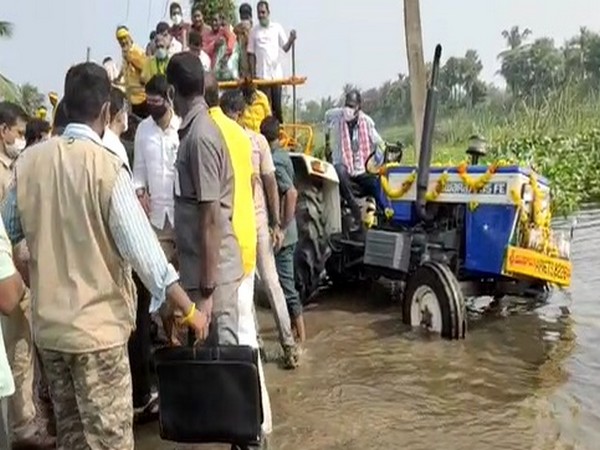 West Godavari (Andhra Pradesh) [India], October 26 (ANI): TDP general secretary Nara Lokesh on Monday narrowly escaped a major accident when the tractor in which he was traveling in lost balance and rammed into a canal.
Lokesh, national general secretary and son of former Chief Minister N Chandrababu was visiting the flood-hit areas in West Godavari district. During his visit at Siddhapuram village, Lokesh drove a tractor. The tractor lost balance and rammed into the Upputeru canal along the road.
Undi constituency MLA Mantena Ramaraju who was next to Lokesh, was alerted and controlled the tractor. Lokesh got down from the tractor and the TDP workers and Lokesh’s security breathed easy as nothing happened to him. (ANI)