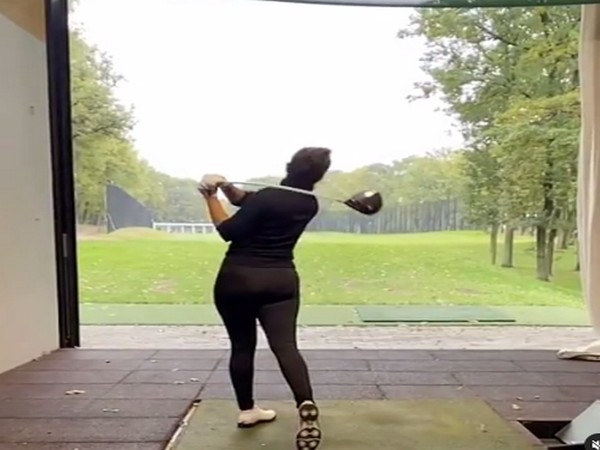 New Delhi [India], October 26 (ANI): Actor Priyanka Chopra Jonas who is currently shooting for her upcoming project in Germany, on Monday took out a moment to practice golf “in between the shots.”
The 38-year-old actor who will soon be seen alongside Keanu Reeves in ‘The Matrix 4,’ took to Instagram to share a short clip of herself.
The video sees the Former Miss World dressed in an all-black attire paired with solid white coloured shoes. She is seen aiming at the golf ball with complete concentration in the video.
Making clear that she has squeezed out some time from her shooting schedule to hit the golf park, she wrote, “In between ‘shots’ #PracticeMakesPerfect,” in the caption.
The ‘Baywatch,’ actor had earlier last week posted a picture with her pet dog Diana in the streets of Germany. (ANI)

‘Someone who guides me to the right path’: Chahal shares picture with MS Dhoni

Baghdadi, the ‘caliph’ of terror