Outside noise doesn’t matter to me anymore: Stokes on battling life’s ups and downs 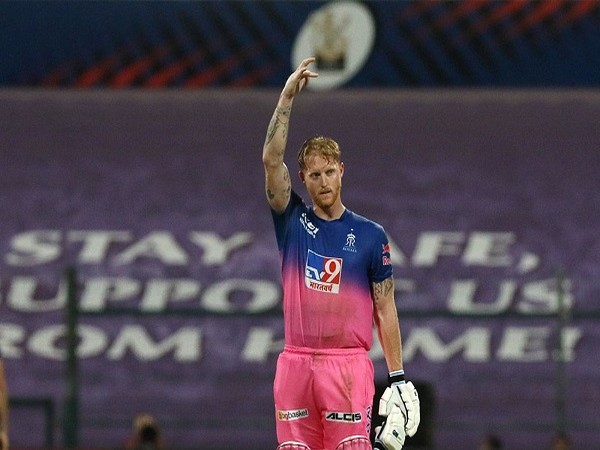 Abu Dhabi [UAE], October 26 (ANI): England and Rajasthan Royals all-rounder Ben Stokes has revealed that how he dealt with the ups and downs he faced as a player in the last couple of years.
Rajasthan chased down the target of 196 against Mumbai Indians with eight wickets in hand and balls to spare. Stokes smashed a century and later dedicated the hundred to his father who is battling it out with cancer.
Speaking after the game, Stokes said the outside noise affected him in his younger days and it took some time when he realised the outside noise didn’t matter much.
“Outside noise can affect people in different ways. When I was younger, it affected me. It took me a while to understand that outside noise isn’t what matters,” Stokes told bowler Samson in a video posted on iplt20.com.
“It’s all about what’s within the team and the people who have an influence on you at a certain time in your career,” he added.
Prior to this match, the England all-rounder hadn’t smashed a single six in the showpiece event. Stokes got starts but wasn’t able to capitalise on it but yesterday Stokes slammed a match-winning century. The 29-year-old cricketer and Samson put together an unbeaten partnership of 152 runs.
“I found backing from everybody in the [Royals] franchise in the last three years. I know that I haven’t delivered on the expectations but having the backing from the people that matter in this franchise is really the thing that I sort of pride everything on. So it was good to return a little bit of faith tonight,” said Stokes.
With this win, Rajasthan Royals has now moved to sixth place in the points table with 10 points. They will next lock horns with Kings XI Punjab on Friday. (ANI)

Haqqani network blamed for bombing has moved to Afghanistan,…