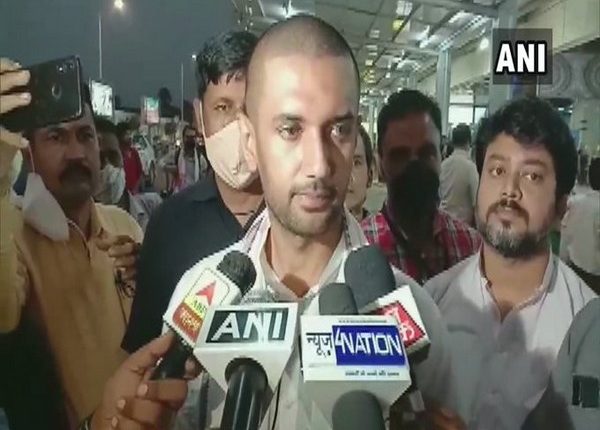 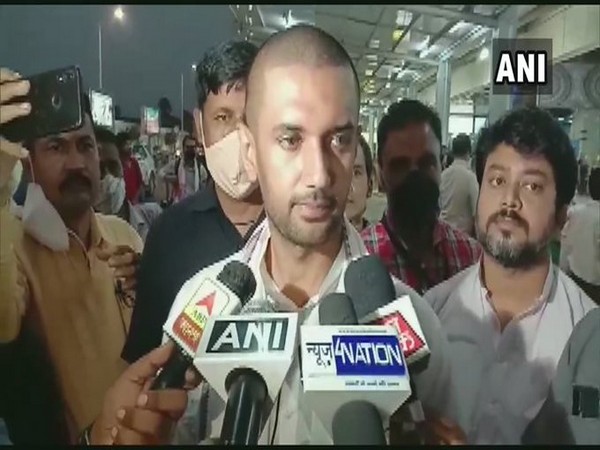 Patna (Bihar) [India], October 26 (ANI): Chief Minister Nitish Kumar will not return to power after November 10 and after the elections, we will form a government with the Bharatiya Janata Party (BJP), said Lok Janashakti Party (LJP) chief Chirag Paswan on Monday.
“Personally, I am PM Modi’s admirer but my political path is currently different. I am not using his name in my campaign. One thing is clear that the current CM won’t ever become Bihar CM again after 10th Nov. We will form a government with BJP, I have been saying this for long,” Paswan told reporters here.
The LJP president has been attacking CM Nitish Kumar in the campaigning phase, in the most recent jibe directed at him on Sunday Paswan had said that if his party was voted to power, all those involved in “corruption” in the Nitish Kumar government’s Saat Nischay scheme, including the Chief Minister himself, would be sent to jail.
Responding to this, state minister Sanjay Kumar Jha had hit back at his diatribe by likening him to “a monkey dancing to someone else’s tunes.”
The Bihar Assembly elections will be held in three phases on October 28, November 3 and November 7. The counting of votes will be held on November 10.
While the BJP is fighting the elections alongside Nitish Kumar’s Janata Dal United (JDU) and two other parties, LJP this time parted ways from the National Democratic Alliance (NDA) at the state level opting to field candidates on over 100 seats in the state. (ANI)

ZTE to launch its crowdsourced smartphone next year