Nehru-Gandhi dynasty has never respected office of the PM: Nadda 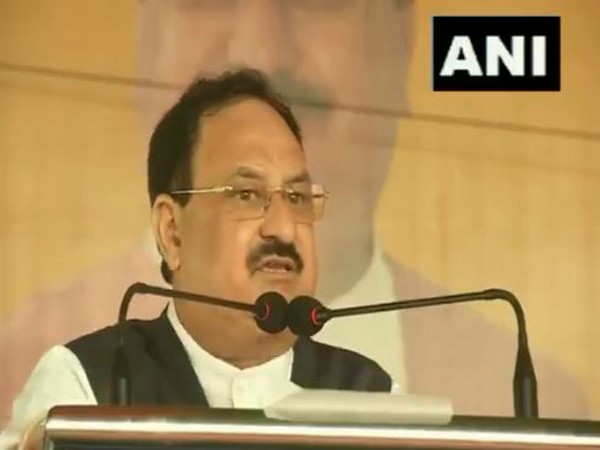 New Delhi [India], October 26 (ANI): Bharatiya Janata Party (BJP) chief JP Nadda on Monday slammed the incident of burning the effigy of Prime Minister Narendra Modi in Punjab and said that it a shameful act directed by Congress leader Rahul Gandhi-directed as Nehru-Gandhi dynasty has never respected the office of the Prime Minister.
Taking to Twitter, Nadda slammed Congress President Sonia Gandhi and Rahul Gandhi for indulging in “politics of hatred” against Prime Minister Narendra Modi-led government.
“The Rahul Gandhi-directed drama of burning PM’s effigy in Punjab is shameful but not unexpected. After all, the Nehru-Gandhi dynasty has NEVER respected the office of the PM. This was seen in the institutional weakening of the PM’s authority during the UPA years of 2004-2014,” Nadda tweeted.
He further wrote that the combination of despondency and shamelessness is dangerous. Congress possesses both.
“Empty rhetoric of decency and democracy by the Mother is ‘complemented’ by live demonstrations of politics of hate, anger, lies and aggression by the Son. Double standards galore!” he added.
“If there is one party whose conduct reeks of disgust, it is Congress. Atrocities against SC/ST communities are at an all-time high in Rajasthan, women are unsafe in Rajasthan as well as Punjab, and their Punjab Ministers are committing scholarships scams,” he added.
On freedom of speech, Congress can never pontificate to others. They have contempt for dissenting voices for decades. We saw glimpses of it during the Emergency. Later on, the Rajiv Gandhi government made a brazen attempt to weaken press freedom. A free press rattles Congress, Nadda stated.
“If anyone wants to see a laboratory of usage of brute state power, troubling opponents, curbing freedom of speech in trademark Congress style, see the working of the Congress blessed Maharashtra Government. Except governing, they are doing everything else,” Nadda tweeted.
“One dynasty’s deep personal hatred against a person who was born in poverty and became PM is historic. Equally historic is the love people of India have showered upon PM Narendra Modi. More Congress’ lies and hate increases, the more people will support PM Modi!” he added. (ANI)