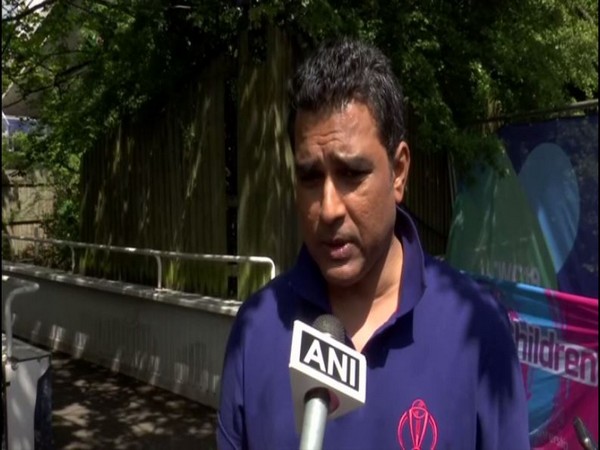 New Delhi [India], October 27 (ANI): Former India cricketer Sanjay Manjrekar feels that KL Rahul is ‘very lucky’ to find a spot in India’s Test squad that will tour Australia.
The Board of Control for Cricket in India (BCCI) on Monday announced the squads for the India tour of Australia with Rahul, Navdeep Saini, and Mohammad Siraj being included in India’s 18-member squad for the Test series against Australia. India and Australia will play three ODIs, three T20Is, and four Tests against each other next month.
Rahul is currently the Orange Cap holder as he is the leading run-scorer in the ongoing Indian Premier League (IPL). However, Manjrekar is of the opinion that recalling a player into the Test squad based on his performance in the IPL sets a ‘bad precedent’.
“You set a bad precedent when you recall a player for Tests on IPL performance. Especially if the player has been an abject failure in his last few Tests. Whether that player succeeds or fails is irrelevant, such selections massively demotivate Ranji players. #INDvsAUS,” Manjrekar tweeted.
In another tweet, Manjrekar said: “KL Rahul in his last 5 Test series – v SA – Avg 7.1, – v Eng – Avg 29, – v WI at home – Avg 18, – v Aus – Avg 10.7, – v WI – Avg 25.4, I say very lucky to get a recall based on IPL & white ball performance. But now let’s just hope he makes the most of this chance. Good luck to him!”
The Test series will be a part of the World Test Championship. India and Australia are currently at the number one and two spots in the World Test Championship standings.
Team India Test squad: Virat Kohli (Captain), Mayank Agarwal, Prithvi Shaw, KL Rahul, Cheteshwar Pujara, Ajinkya Rahane (vice-captain), Hanuma Vihari, Shubman Gill, Wriddhiman Saha (wicket-keeper), Rishabh Pant (wicket-keeper), Jasprit Bumrah, Mohd. Shami, Umesh Yadav, Navdeep Saini, Kuldeep Yadav, Ravindra Jadeja, R. Ashwin, Mohd. Siraj. (ANI)

IPL has democratised cricket for many countries, says Ian…

Big B, Rajinikanth, Kamal Haasan to come under one roof