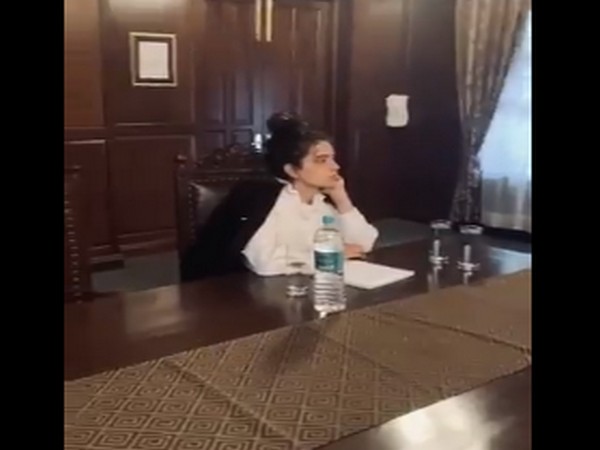 New Delhi [India], October 26 (ANI): Almost two weeks after wrapping up the shoot for her upcoming film ‘Thalaivi,’ actor Kangana Ranaut on Monday kick-started the workshops for her patriotic film ‘Tejas.’
The ‘Queen’ actor took to her social media profiles and posted a short video of herself seated in a meeting hall with the film director Sarvesh Mewara and Wing Commander Abhijeet Gokhale.
“Today team #Tejas started workshops, very pleased to start work with super talented director Sarvesh Mewara [?]@sarveshmewara1 and our coach Wing Commander Abhijeet Gokhale….
[?]@RonnieScrewvala [?]@RSVPMovies,” she tweeted along with the video.
The film is scheduled to go on the floors in December this year.
Kangana Ranaut is all set to portray the role of an Air Force pilot. The Indian Air Force was the first of the country’s defence forces to induct women into combat roles in 2016.
The film takes inspiration from this landmark event. The first look of the film was released earlier in February, which featured the ‘Tanu Weds Manu’ actor donning the Air Force uniform.
Helmed by Sarvesh Mewara and bankrolled by Ronnie Screwvala, the film is scheduled to release in April 2021. (ANI)
[?]

US to send 350 more troops to Baghdad