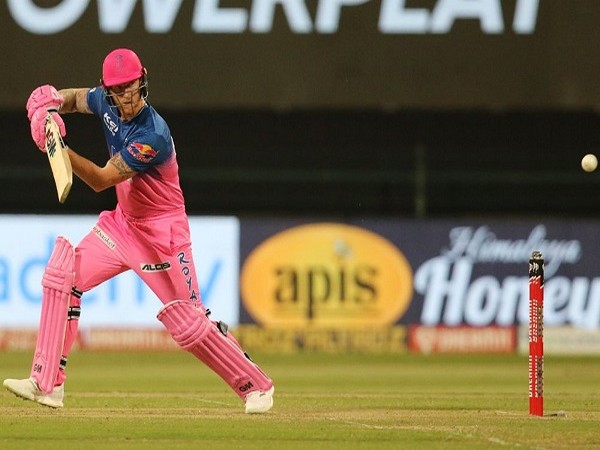 Abu Dhabi [UAE], October 26 (ANI): Rajasthan Royals’ defeated the table-toppers Mumbai Indians on Sunday and former cricketer Sachin Tendulkar feels that it was Ben Stokes who made the chase looked very easy.
Rajasthan chased down the target of 196 against Mumbai Indians with eight wickets in hand. Stokes smashed a century and later dedicated the hundred to his father who is battling it out with cancer.
Stokes and Sanju Samson put together an unbeaten partnership of 152 runs. With this win, Rajasthan Royals has now moved to sixth place in the points table with 10 points while Mumbai Indians are still in the top spot with 14 points.
Tendulkar said the century from Stokes made the chase very comfortable. The legendary batsman also praised Sanju Samson for an equally important knock against Mumbai Indians.
“Big Player, Big Impact! Brilliant 100 by @benstokes38 to make this chase look very comfortable. @IamSanjuSamson played an equally important innings and he was a perfect partner for Stokes,” Tendulkar tweeted.
Mumbai Indians will face Royal Challengers Bangalore (RCB) on Wednesday, October 28 while Rajasthan Royals will next lock horns with Kings XI Punjab on Friday. (ANI)