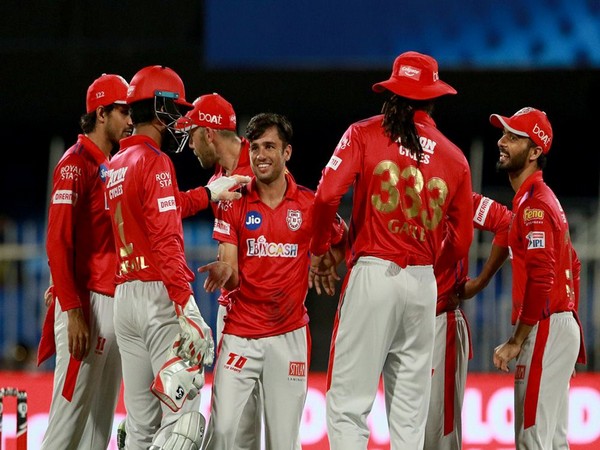 Sharjah [UAE], October 26 (ANI): Losing the top three wickets early thanks to a brilliant spell from Kings XI Punjab pacer Mohammed Shami (3/35), Kolkata Knight Riders managed a respectable 149/7 after opener Shubman Gill hit a gritty 57 at the Sharjah Cricket Stadium on Monday.
Shami was on fire at the top as he removed Rahul Tripathi (7) and Dinesh Karthik (0) in quick succession to bring KXIP right into the game on a wicket which has seen batsmen send bowling units on a leather hunt.
If Shami started well, he was well complimented by the trio of Ravi Bishnoi (2/20), Chris Jordan (2/25) and Murugan Ashwin (1/27). Ashwin said that the ball was turning and Punjab need to start well.
“I think initially it was playing well, started turning as the ball scruffed up,” Ashwin told the host broadcasters during the mid innings break.
Asked if KXIP can chase the total down considering they have some quality batsmen in the ranks, he said: “Might need to go hard in the first few overs.”
Ashwin said that the ball has been coming out well and even the wrong ones have come out perfectly for him. “Yes, it’s coming up very well. I did lose it a bit as the ball swung (on the catch of Morgan), but luckily I managed to hold on. Can’t bowl too full, should let the ball do a bit, it’s definitely playing well with the new ball,” he said. (ANI)

Delhi Wards Committees to meet on June 26 for upcoming…