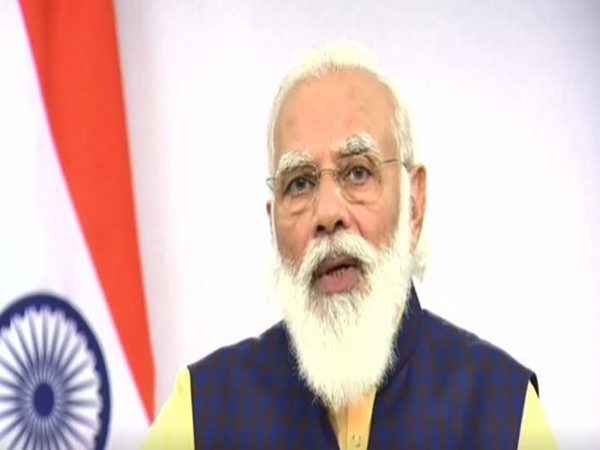 New Delhi [India], October 26 (ANI): The energy map of India will be driven by seven key points of change, said Prime Minister Narendra Modi on Monday at the inaugural address of India Energy Week.
The seven key drivers as per the Prime Minister are: “Accelerating our efforts to move towards a gas-based economy, Cleaner use of fossil fuels particularly petroleum and coal, Greater reliance on domestic sources to drive bio-fuels, Achieving the renewables target of 450 GW by 2030, Increasing the contribution of electricity to de-carbonize mobility, Moving into the emerging fuels, including hydrogen, and Digital innovation across all the energy systems.”
The Prime Minister said that even though India’s carbon footprint is significantly less than the rest of the industrialised world, it will still keep on making efforts to fight climate change.
“India will always work keeping in mind global good. We are well on track to meet the commitment we made to the global community. India has one of the lowest carbon emissions than the rest of the industrialized world. Yet, we will continue to make efforts to fight climate change,” he said.
Urging the global community to bring stability and responsibility in crude oil pricing, he said that all the stakeholders need to “work towards transparent and flexible markets for both oil and gas.”
He further said that the aim of making an ‘Atmanirbhar Bharat’ has energy security at its core.
“We are moving forward with the vision of Atmanirbhar Bharat. A self-reliant India will also be a force multiplier for the global economy. Energy security is at the core of our efforts,” he said and further added that the country is developing energy corridors with its neighbours for mutual benefit.
The Prime Minister was making the inaugural address at the 4th India Energy Forum by CERAWeek, in which he took part through video conferencing. (ANI)