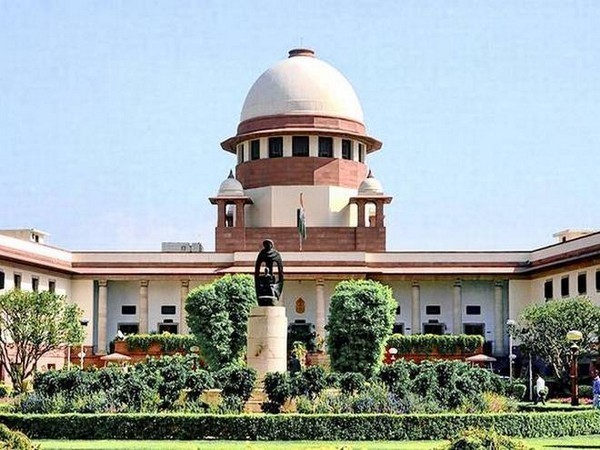 New Delhi [India], October 26 (ANI): The Central government submitted before the Supreme Court on Monday that it is contemplating the creation of a permanent body by enacting legislation to deal with the annual air pollution issue in the national capital region arising from stubble burning in Punjab, Haryana and Uttar Pradesh.
Solicitor General Tushar Mehta, appearing for Centre, said that the government will bring new legislation in three to four days and asked the top court to keep in abeyance ‘Justice Lokur Committee’.
On request by the Central government, a bench headed by Chief Justice SA Bobde kept in abeyance the operation of it’s October 16 order, which had appointed its former judge Madan B Lokur as one-man commission to submit a report on air pollution, including stubble burning.
“It is good that the govermment is coming up with a law. This is an issue that anyway should have been looked into by the government. Everyone in this city is choking due to bad air,” the bench said.
Mehta also apprised the court that the draft law will be ready in a matter of a few days and will be implemented immediately. The draft law under consideration would be placed before the court within a period of a few days, Mehta assured the court while urging the Court to keep its October 16 order in abeyance.
“This government acts fast,” Mehta added while assuring the court of quick action.
The Supreme Court had, on October 16, expressed its concern that the citizens of Delhi-NCR get to breathe clean and fresh air and appointed Justice (retd) Madan B Lokur, a former judge of the top court, to act as the one-man monitoring committee to prevent stubble burning in the states of Punjab, Haryana and Uttar Pradesh, and submit a report.
The order was issued on a plea, which referred to a Harvard University study that air pollution may now be an important factor that aggravates a mild COVID-19 infection into an acute one, had contended that stubble burning contributes almost 40 per cent of air pollution in Delhi.
It had sought directions to ban stubble burning in the states neighboring the national capital as it causes massive air pollution in the winters. (ANI)

We played well but made mistake in final moment: Santo after draw against Newcastle United