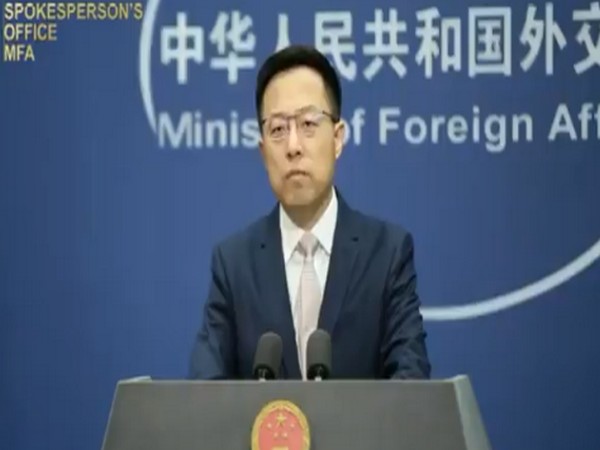 Beijing [China], October 26 (ANI): China on Monday announced its decision to impose sanctions on US companies it says are involved in selling arms to Taiwan.
Speaking at a press conference, Chinese Foreign Ministry Spokesperson Zhao Lijian said, “China decides to take necessary measures to sanction US companies involved in the arms sales to Taiwan including Lockheed Martin, Boeing Defence, Space & Security (BDS) and Raytheon, as well as the U.S. individuals and entities who played an egregious role in the process.”
While threatening the US over selling weapons to Taiwan or having “military ties” with it, the spokesperson said, “We will continue taking necessary measures to safeguard national sovereignty and security interests.”
The move comes amid heightened tensions between China and Taiwan. The relations between China and the US have also deteriorated in recent times due to various reasons including Indo-Pacific and coronavirus pandemic.
Recently, the United States had approved the potential sale of three weapon systems to Taiwan, including missiles and artillery, that could have a total value of USD 1.8 billion.
Further congressional notifications from US and Taiwan are expected to follow, including drones made by General Atomics and land-based Harpoon anti-ship missiles, made by Boeing, to serve as coastal defence cruise missiles.
China has repeatedly threatened Taiwan with invasion and has adopted an aggressive policy to intimidate the self-governing island.
For decades, the Chinese government has claimed authority over Taiwan. Though Taiwan is not recognised by the UN, its government maintains a relationship with the US and does not accept the Chinese authority. (ANI)