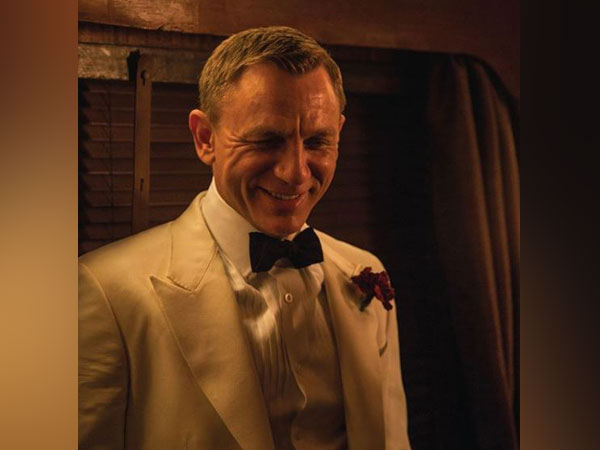 Washington [US], October 25 (ANI): After studios such as Paramount and Sony raked in tens of millions by selling upcoming movies to streaming services, Apple, Netflix and other streaming services are exploring the possibility of acquiring James Bond movie ‘No Time to Die’.
The film, originally slated to debut last April, has been postponed multiple times and is now pushed into 2021 amid the fear of a coronavirus pandemic.
According to Variety, MGM, the studio behind the film, reportedly lost between $30 million to $50 million due to the delays, insiders said.
An MGM spokesperson denied the news of the film’s sale.
“We do not comment on rumours. The film is not for sale. The film’s release has been postponed until April 2021 in order to preserve the theatrical experience for moviegoers,” an MGM spokesperson told Variety.
However, multiple insiders at rival studios and companies said that a possible Bond sale was explored overtly, and believe that MGM was at least open to the possibility of unloading their crown jewel for a princely sum. The studio was said to be looking for a deal of roughly $600 million, a price tag that was deemed too rich for two of the free-spending streaming services. A sale of this magnitude would be led exclusively by Kevin Ulrich, the chairman and CEO of MGM’s majority owner Anchorage Capital Group, insiders said.
It’s unclear if producers Barbara Broccoli and Michael G. Wilson, who exert control of the series through their company Eon, would sign off on the deal.
Universal Pictures, which has foreign distribution rights to ‘No Time to Die,’ would have to be made whole in any possible sale and reimbursed for any expenses the studio incurred. That the parties involved would explore a streaming sale is notable, given that the film was the first tentpole to move release dates before coronavirus was upgraded to a global pandemic — making it an early indicator that even the iconic spy and ladies man would not save us from the viral event. (ANI)

Seaplane from Maldives lands successfully at Kochi on technical halt