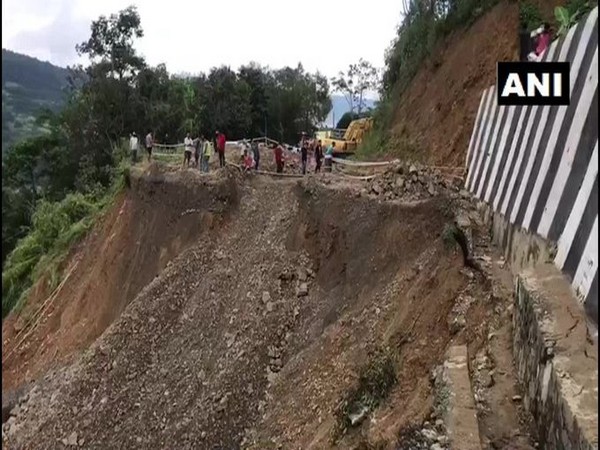 Senapati (Manipur) [India], October 26 (ANI): A landslide that occurred on October 23 in Senapati district has cut off connectivity via the National Highway-2, said an official on Sunday.
Jayson, project manager, BIPL said that the administration was trying its best to resume the connectivity but it may take longer if the weather remains unfavourable.
“We are trying our best to resume connectivity within a week, it may take longer if the weather remains unfavourable,” he said.
The India Meteorological Department (IMD) has predicted generally cloudy sky with light rain for Manipur from October 26 to October 29.
The maximum temperature will be at 26 degrees Celsius, while the minimum will stand at 19 degrees Celsius on Monday, the weather department said. (ANI)

We have to respect High Court’s decision but will keep…

Report finds COVID-19 rate among dentists is less than one…

ICC to keep Jayasuriya away from players, officials (IANS at…