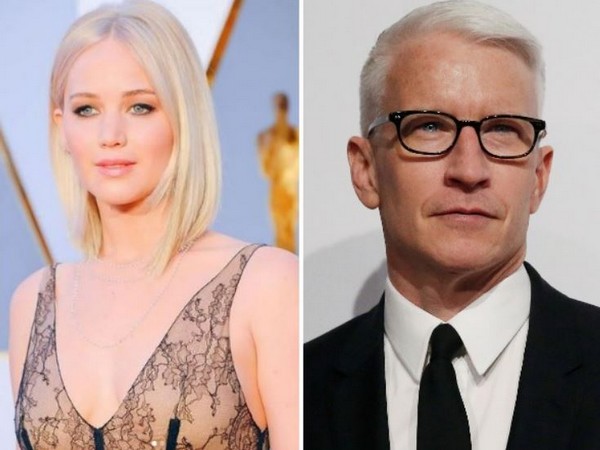 Washington [US], October 26 (ANI): Hollywood star Jennifer Lawrence has revealed that she confronted CNN anchor Anderson Cooper — after he suggested she faked her famous fall at the 2013 Academy Awards.
According to Page Six, the 30-year-old actor recalled she was “very, very nervous” the night of her fall, which happened when she was collecting her award for Best Actress.
The ‘Silver Linings Playbook’ actor told Heather McMahan on the ‘Absolutely Not’ podcast,”My full brain went blank. I can look back at it now fondly but for a very long time the fall thing was very sensitive.”
Lawrence said she was still recovering from the embarrassment when she heard Cooper musing on his show about whether she faked the stunt.
“It was so devastating because it was this horrific humiliation to me, that took away — I don’t know if I’ll ever have the chance to give a speech like that again,” Lawrence said.
Months later, she had a run-in with Cooper at a holiday party and decided to confront him, asking, “Have you ever tried to walk up stairs in a ballgown? So then how do you know?”
As per Page Six, the ‘Red Sparrow’ star said, “He apologised immediately, he was like, ‘I don’t know, I have no idea’ and [gave this] wonderful apology. And I was all fired up.”
Lawrence said he “probably told everyone that I was a psycho,” but added that all is well now between her and the newsman.
“I think we’re good friends now,” she said. (ANI)

Campaigning for first phase of Bihar Elections to end today

China plans dam on Brahmaputra: How it may impact India, Bangladesh

‘Why so worried? Not taking away anything’: Yogi responds to Maha govt…

UK approves Pfizer-BioNtech coronavirus vaccine: Who gets it first

Blog: The Soccer City experience and the Maradona I remember

Shahid has the sweetest B’day wish for mom

NGT directs complete ban on sale, use of firecrackers in cities with poor air quality

Prabhas teams with Prashanth for his next

WhatsApp to let group admins stop other members from posting

Afghanistan: 16 killed due to heavy snowfall in Kandahar,…