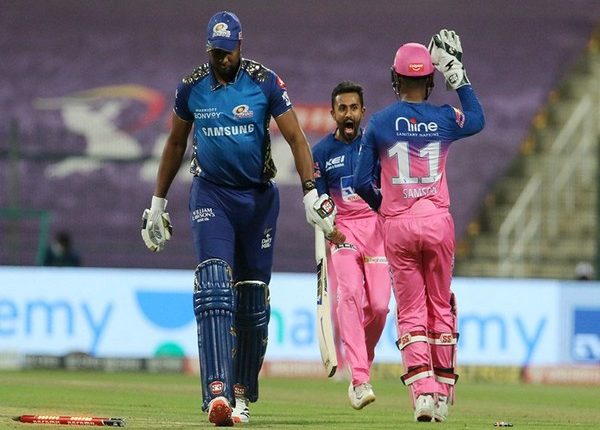 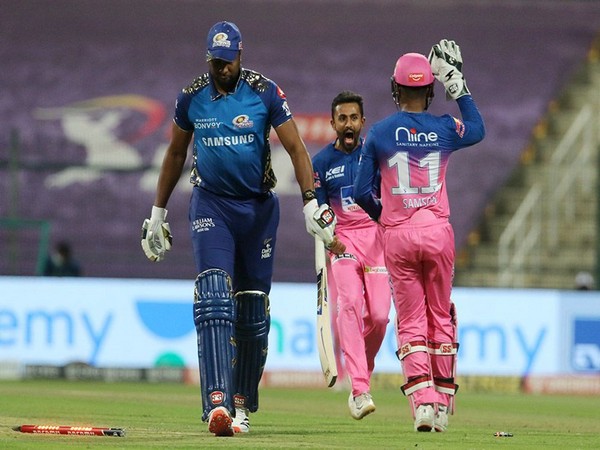 Abu Dhabi [UAE], October 25 (ANI): After stumbling to an eight-wicket loss at the hands of Rajasthan Royals, Mumbai Indians skipper Kieron Pollard said that the pitch got better in the second innings and the opposition batters played really well.
Rajasthan chased down the target of 196 with eight wickets in hand and balls to spare. Ben Stokes and Sanju Samson played knocks of 107 and 54 respectively. For Mumbai Indians, James Pattinson returned with the figures of 2-40.
Stokes and Samson put together an unbeaten partnership of 152 runs. With this win, Rajasthan Royals has now moved to sixth place in the points table with 10 points while Mumbai Indians are still in the top spot with 14 points.
“I thought they batted well. Hardik brought us straight back in the game with that knock at the halfway stage. We could have got a couple of wickets more, but the wicket ended up becoming a little better. Their spinners got some help from the pitch, but our spinners couldn’t do that,” Pollard told host broadcaster Star Sports after the conclusion of the match.
“At the end of the day, someone wins, someone loses. We just have to come out and play good cricket. Our bowlers tried, but well played to the opposition. He (Hardik) went out and scored 60* off 21, an innings like that and we end up on the losing side, that’s just tough luck,” he added.
Earlier, Saurabh Tiwary and Hardik Pandya smashed 74 runs off the final four overs as Mumbai Indians posted a total of 195/5 in the allotted twenty overs. Hardik Pandya brought up his half-century off just 20 balls and he remained unbeaten on 60 runs off just 21 balls.
For Rajasthan Royals, Jofra Archer and Shreyas Gopal scalped two wickets.
Mumbai Indians will next lock horns with Royal Challengers Bangalore (RCB) on Wednesday, October 25 at the Sheikh Zayed Stadium in Abu Dhabi. (ANI)