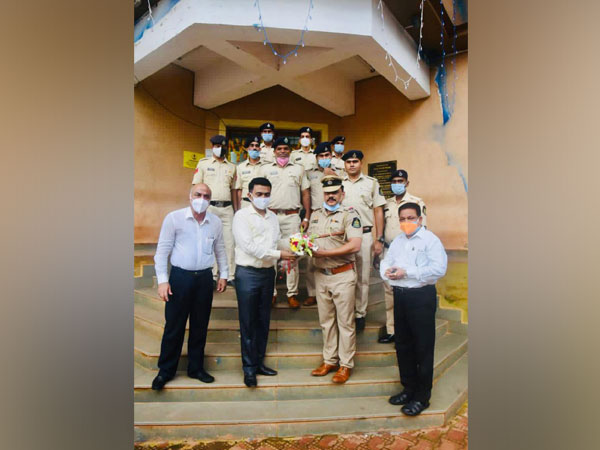 Panaji (Goa) [India], October 26 (ANI): Goa Chief Minister Pramod Sawant on Sunday visited Pernem Police Station and felicitated Police Inspector Jivba Dalvi and his staff for cracking a major drug case by seizing drugs worth Rs 1 crore last week.
Deputy Chief Minister Babu Ajgaonkar and Goa Tourism Development Corporation (GTDC) Chairman Dayanand Sopte were present on the occasion.
The Chief Minister had words of motivation and appreciation towards the Inspector and his team for pro-actively working towards making the coastal taluka drug free and directed that such seizures should be carried on in future.
Also, out of 15 coconut saplings, one coconut was planted by Sawant in the premises of the police station aiming towards ‘Go green’ initiative of the State Government.
Dalvi said such motivation was always welcomed and the action against illegal drugs would be continued. (ANI)

Encounter breaks out in J-K’s Budgam