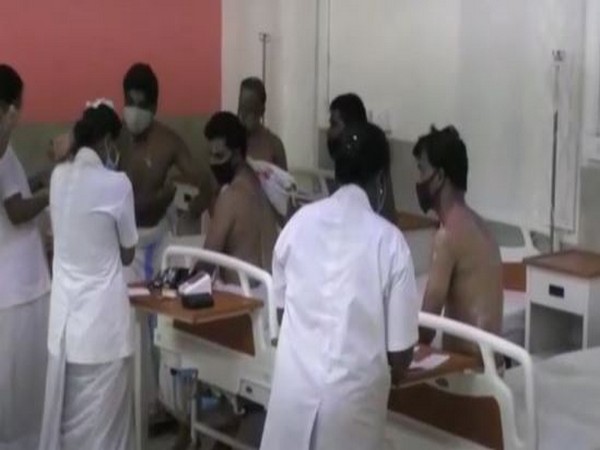 Tirumala (Andhra Pradesh) [India], October 25 (ANI): Five workers at Lord Balaji temple were injured after hot water spilled on them in an accident on Saturday. They were rushed to the hospital for treatment.
The incident happened at 1.30 pm when the workers entered into the kitchen, the lid of tamarind boiler opened up and hot water fell on them following which they were taken to Aswini hospital. Two of the five workers suffered burns while others have suffered minor injuries.
Varadarajulu, one of the workers said, “This afternoon we were entering into the kitchen. Some water leaked out of Tamarind boiler and its lid fell off. Few of us felt the heat of steam on our backs. Skin is slightly burnt of two but they are fine.”
TTD released a statement in this regard saying “This afternoon cooking water leaked from a utensil and fell on five kitchen workers. Two of them suffered burns. They have been taken to Aswini Hospital. Doctors gave first aid to them. TTD additional EO Dharma Reddy has visited the workers at the hospital.” (ANI)

Maradona to be buried Thursday outside Buenos Aires:…