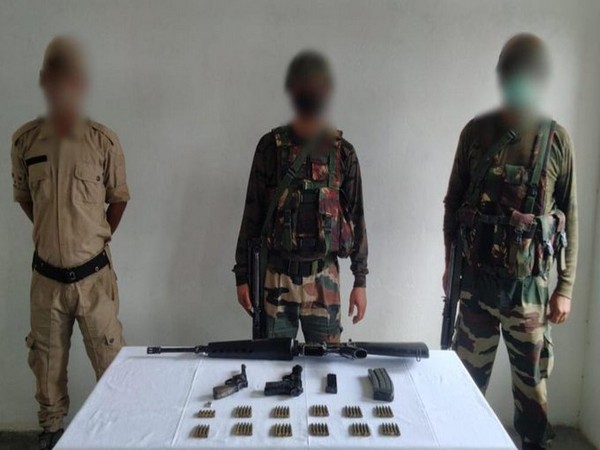 Kangpokpi (Manipur) [India], October 26 (ANI): In a joint operation with police, security forces busted a hideout of insurgents near N Boljang village in Kangpokpi district of Manipur and seized a cache of arms and ammunition on Sunday.
The Public Relations Officer (Defence), Imphal said that the troops recovered an M16 Rifle, one 9 mm Pistol, one revolver (country-made), and 60 live ammunition during the joint operation.
“Based on specific inputs, the security forces launched a joint operation and busted the hideout in the area. During the search of the area, the troops recovered one 5.56 mm M16 Rifle, one 9 mm Pistol, one revolver (country-made) and 60 live rounds of ammunition,” the PRO Defence Imphal said in a statement.
The seized items have been handed over to New Keithelmanbi Police Station for further investigations, it added. (ANI)

Military solution not enough to defeat IS: UN envoy

US displays new fighter jets ahead of S.Korea drills