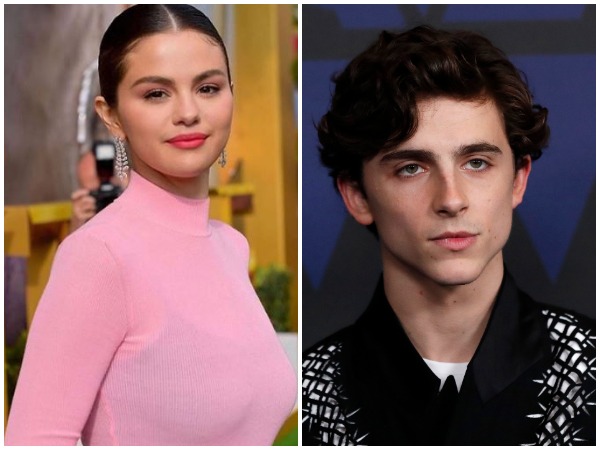 Washington [US], October 25 (ANI): American singer-songwriter Selena Gomez and actor Timothee Chalamet on Saturday (local time) hopped on an Instagram Live together and encouraged their fans to vote.
Gomez appeared from home, after casting her mail-in ballot, during the live chat while her former co-star Chalamet was seen waiting in line for in-person voting in New York City.
According to People Magazine, the ‘Lady Bird’ actor Chalamet said, “Right now I’m literally voting, at my early voting station in New York at Madison Square Garden which feels particularly metaphorical because I’ve been many great things happen here. So I’m hoping another great thing happens today.”
The 24-year-old actor then introduced Gomez to his “line buddies,” who chanted “stand against tyranny” and “vote ruthlessly” with the actor. “It’s really moving to see this many people show up,” Chalamet added of the crowd of people standing in line to vote. “It feels like people are motivated.”
As per People Magazine, Chalamet then voiced some disdain for President Donald Trump, adding, “Oh man. I really hope this guy loses.”
During their conversation, the ‘Call Me By Your Name’ actor praised the ‘Rare’ songstress Gomez for her work to promote voter registration. “I’m really proud of you. You’ve been all over this stuff and I know it’s making a difference,” he said.
A few days back, on Instagram, the ‘Ice Cream’ songstress shared some photos of her filling out her mail-in ballot at home with an ‘I Voted’ sticker on her shirt. “Just finished filling out my ballot!” she captioned the post.
As reported by People Magazine, Gomez and Chalamet are just the latest celebrities who have been using their platform to encourage people to head out to the polls this election.
Celebrities including Hollywood star Halle Berry, singer Demi Lovato and figure skater Adam Rippon partnered with GLAAD to help get out the vote in their home states.
Most recently, American singer-songwriter Taylor Swift also revealed to V Magazine that she would be voting for Democratic candidate Joe Biden and his running mate, Senator. Kamala Harris. She also joined international advocacy organization Global Citizen and voter registration organization HeadCount for their the non-partisan Just Vote campaign.
Some of the artists revealed to be participating in the campaign include Billie Eilish, Finneas, DJ Khaled, Billy Porter, Julianne Hough, Usher, Quavo, Loren Gray and Nicky Jam. (ANI)

Early signs of type 2 diabetes can be seen in kids: Study