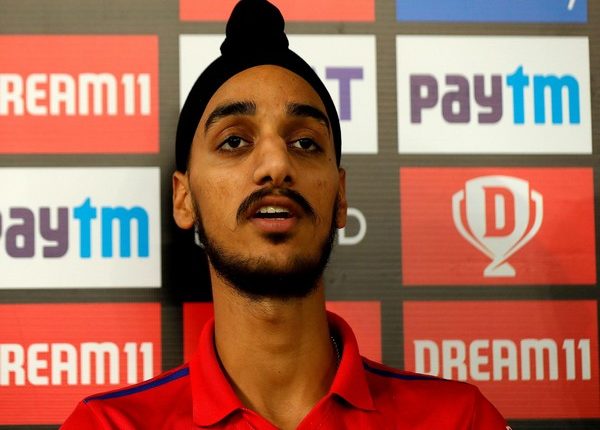 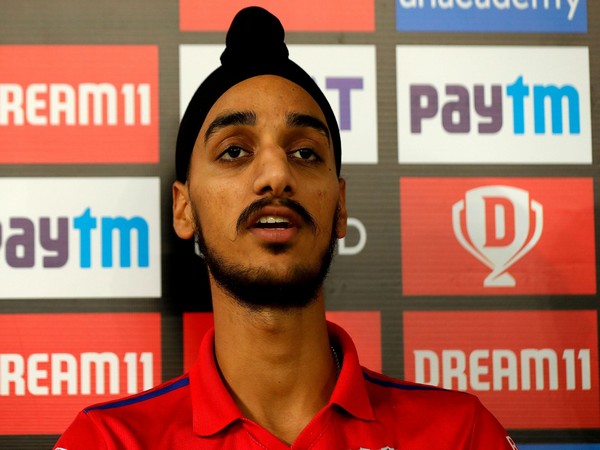 Dubai [UAE], October 25 (ANI): Kings XI Punjab (KXIP) bowler Arshdeep Singh is happy with the team’s performance against Sunrisers Hyderabad (SRH) and praised his teammate Ravi Bishnoi for his “exceptional” performance.
KXIP secured a 12-run win over SRH in the ongoing Indian Premier League (IPL) here on Saturday. KXIP only scored 126 runs before bowlers all out SRH on 114 runs. Bishnoi took one wicket during the match and gave away just 13 runs from his four overs.
“Ravi has been really exceptional for us. He has been bowling really well. The main thing is that his overs are very economical. And when he gets a chance, he gives us a major breakthrough,” Arshdeep said during the post-match press conference.
Arshdeep also delivered an impressive performance as he clinched three wickets in the match. Chris Jordan also picked three wickets, helping KXIP successfully defend the target.
With this win, KXIP now has 10 points and is placed at the fifth spot in the points table. On the other hand, SRH is in sixth place with 8 points.
When asked about the play-off spot, Arshdeep said the team is taking one game at a time and not thinking too far ahead.
“We are not looking that far and taking it game by game. After we won that Super Over, the belief has been great in the squad. We believe that we can do anything that is needed for the team. We just stuck to our plans and it paid off,” he said. (ANI)