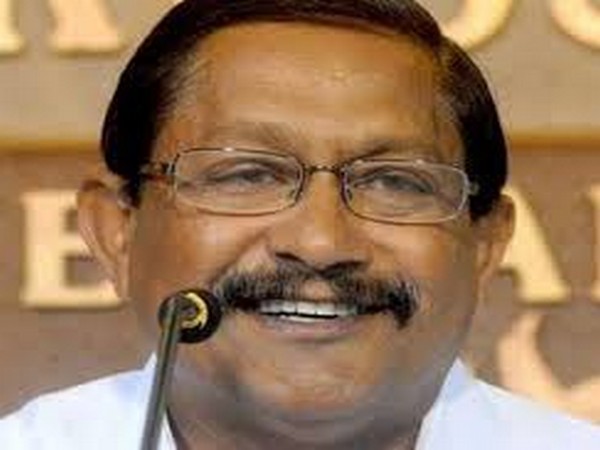 Thiruvananthapuram (Kerala) [India], October 25 (ANI): Kerala Congress (PC Thomas faction) is on its way to quit the National Democratic Alliance (NDA) in the state, with the party Chief PC Thomas alleging that none of the promised seats including membership in various boards and the chairman post was met by BJP.
Speaking to ANI, PC Thomas, who served as Union Minister of state for law and Justice during Atal Bihari Vajpayee government said that as per the understanding reached by BJP, and later discussion taken up with BJP leader Amit Shah it was promised that his party would get the promised posts.
“Based on that understanding Chengannur constituency was parted to BJP candidate PS Sreedharan Pillai but after it, from 16 posts, it was cut down to six by Amit Shah. Till now we are yet to get any posts,” he said.
In Chengannur by-poll, BJP candidate Sreedharan Pillai, who is now Mizoram Governor, finished third in 2018. Saji Cherian of CPI (M) defeated Congress’ D Vijayakumar by 20,956 votes while Pillai came third with just 35,270 votes.
Further, speaking about its decision to part ways with NDA, Thomas said, “Till now we are yet to take any decision. Congress leader Ramesh Chennithala has openly welcomed us. Our only problem is that we were not given any post that was promised to by NDA.”

“I have represented Lok Sabha as MP for six terms. I did not ask for any position for me but for my party members, but after being promised it was denied. It’s only reason, if I am quitting NDA. An official announcement will be made on Sunday after our party meeting,” he added.
Thomas had represented Muvattupuzha constituency in the Lok Sabha for six terms from 1989 to 2009.
Son of the first Opposition leader of Kerala PT Chacko, he had served as the Union Minister of state for law and Justice from 2003 to 2004 during Atal Bihari Vajpayee government. (AN)