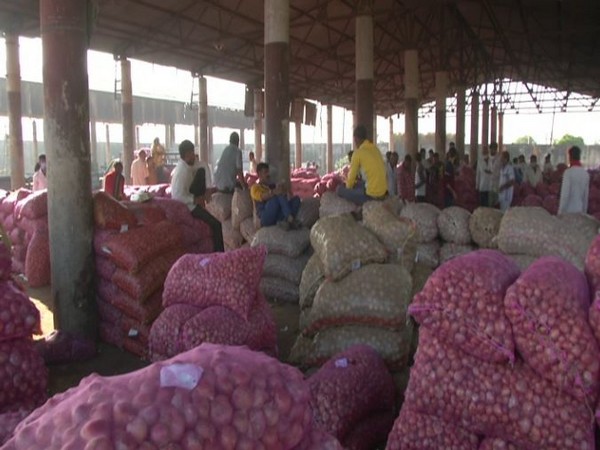 Rajkot (Gujarat) [India], October 25 (ANI): Onion prices continued to surge in Rajkot after crops were damaged due to rainfall in various parts of the country.
Onions are currently being sold at Rs 80-100 per kg, an unlikely rate during this time of the year.
“We’re badly affected by the rising prices of vegetables. Onion prices are increasing every day and it’s a big burden on our pockets,” a customer said.
The traders have blamed natural calamities for the sudden price hike in the vegetable market.
“The price surge is unexpected at this time but several factors have contributed towards it. It is because the crops have been damaged due to rainfall and flood. I think onion prices will further increase by Rs 10-15 per kg as supply will not increase till Diwali,” an onion trader told ANI.
“The pandemic has caused losses to the vegetable market due to lack of customers in the ‘mandi’ since the past few months, stored crop in the warehouses have also gone bad,” he added.
Farmers across the country are suffering severe losses due to damaged crops in the fields and warehouses. The supply chain had subsequently become expensive resulting in a frequent hike in the vegetable prices. (ANI)