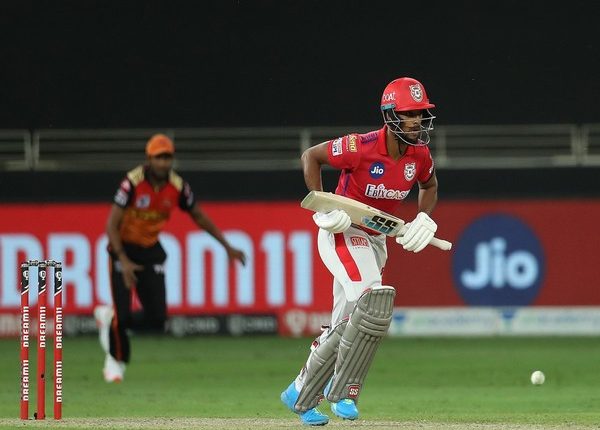 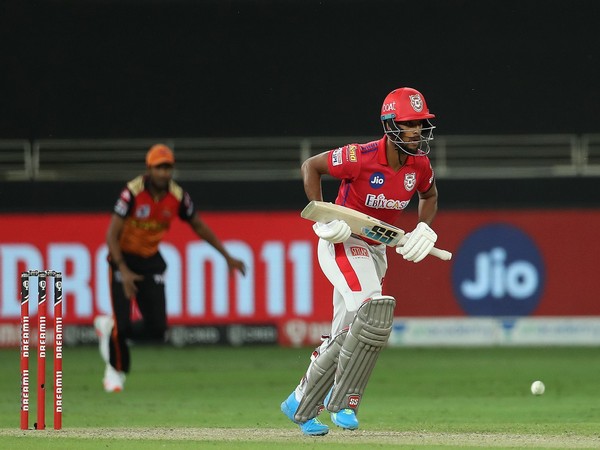 Dubai [UAE], October 24 (ANI): All round bowling performance by SunRisers Hyderabad restricted Kings XI Punjab to 126/7 at Dubai International Stadium on Saturday.
After being asked to bat first, Mandeep Singh and skipper KL Rahul got a solid start as the duo added a 37-run partnership. Pacer Sandeep Sharma got rid of dangerous-looking Mandeep (17) in the fifth over.
Chris Gayle joined Rahul in the middle and added 29-run for the second wicket. Jason Holder scalped Gayle (20) in the 10th over and in the next over Rashid Khan bagged Rahul (27).
After the two quick wickets, Nicholas Pooran and Glenn Maxwell came out to bat and stitched a brief 19-run stand. Maxwell failed to convert the start and departed after scoring 12 runs.
Deepak Hooda was dismissed on a duck as he was stumped out by Jonny Bairstow off Rashid Khan in the 15th over.
Pooran and Chris Jordan added 17 runs for the sixth wicket before the latter was sent back to the pavilion by Holder in the 18th over.
In the end, Punjab set the target of 127 for Hyderabad. Nicholas played an unbeaten knock of 32 runs.
For SRH, Rashid Khan, Jason Holder and Sandeep Sharma scalped two wickets each.
Brief scores: Kings XI Punjab 126/7 (Nicholas Pooran 32*, KL Rahul 27, Rashid Khan 2-14, Jason Holder 2-27) (ANI)