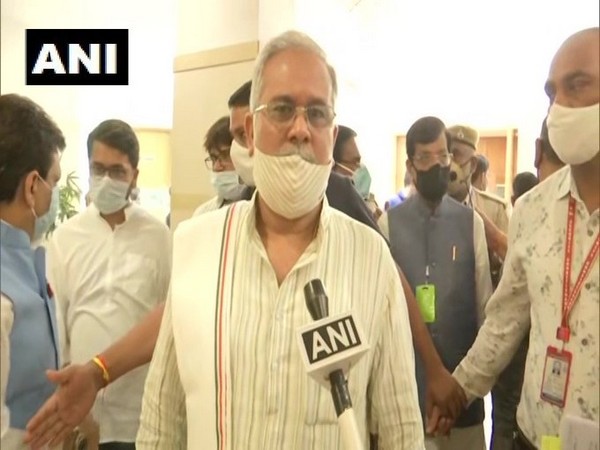 Patna/Raipur [India], October 25 (ANI): Chhattisgarh Chief Minister Bhupesh Baghel on Saturday said that Congress governments in Chhattisgarh and Rajasthan will bring farm bills similar to that brought by Punjab.
He said Punjab assembly has passed bills to protect interests of farmers. “Our governments in Chhattisgarh and in Rajasthan are going to bring the bills,” Baghel told ANI.
He alleged that three agricultural laws enacted by the Centre were aimed at “benefiting capitalists and looting farmers.”
He said market prices of agriculture produce will shoot up due to the Acts and an example was of onion which was selling at Rs 40 per kg three months ago and its cost had nearly doubled.
Punjab is the first state to reject the three farm laws which were enacted after passage of relevant bills in the monsoon session of parliament last month.
The assembly passed three bills “unanimously” to “protect MSP and check hoarding of foodgrains”.
The House also passed by voice vote an amendment to CrPC for exempting farmers from the attachment of land up to 2.5 acres.
The assembly passed Farmers’ (Empowerment and Protection) Agreement on Price Assurance and Farm Services (Special Provisions and Punjab Amendment) Bill, 2020, the Farmers’ Produce Trade and Commerce (Promotion and Facilitation) (Special Provisions and Punjab Amendment) Bill, 2020 and the Essential Commodities (Special Provisions and Punjab Amendment) Bill, 2020.
Baghel also said that Congress leader Rahul Gandhi will attend the virtual ceremony to mark the creation day of Chhattisgarh. (ANI)