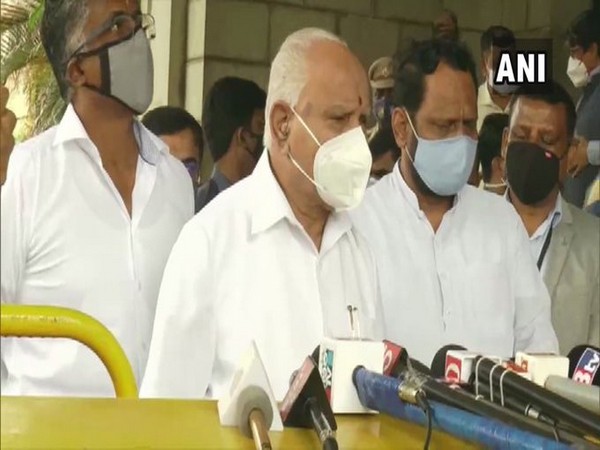 Bengaluru (Karnataka) [India], October 23 (ANI): Karnataka Chief Minister BS Yediyurappa on Thursday said that he has conducted an aerial survey of all 4-5 flood-affected states and has informed the Centre about the situation.
“Along with ministers Basavaraj Bommai, R Ashoka and Prabhu Chauhan, I conducted an aerial survey of all 4-5 districts affected due to flood. I have informed the Centre about the situation and we will ask for more relief funds,” Yediyurappa told media reporters.
He said that the state has already given Rs 10,000 each to each affected family.
“We have already given Rs 10,000 to each affected family,” he added.
Yediyurappa had conducted an aerial survey of flood-affected areas in Bellary on Wednesday.

He also held a meeting at Kalaburagi Airport and praised the Army for their humanitarian assistance in flood-affected areas in north interior Karnataka.

Earlier, the army had provided aid and enabled the evacuation of marooned locals and saved valuable lives in these areas.

Notably, Karnataka has been receiving very heavy rainfall from the past couple of weeks, leading to a surge in levels of water bodies and a situation of floods in some parts of the state. (ANI)