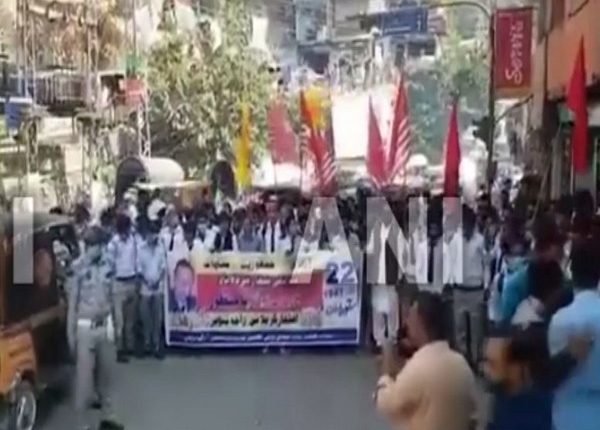 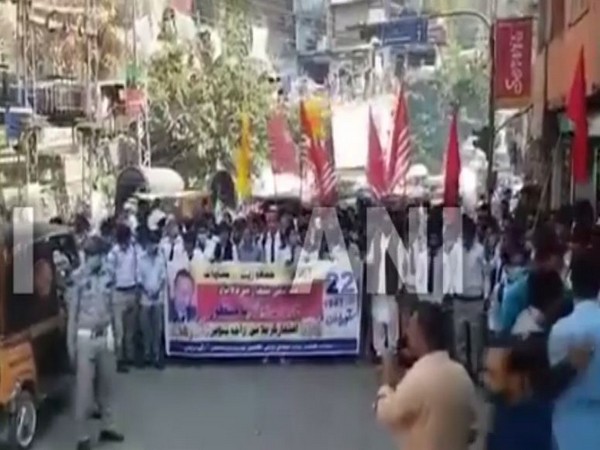 Muzaffarabad [PoK], October 23 (ANI): A demonstration was staged in Pakistan occupied Kashmir’s Muzaffarabad against the brutalities and horrors in Jammu and Kashmir during Pakistan’s invasion of the state on October 22, 1947.
Observing October 22 as ‘Black Day’, the United Kashmir People’s National Party (UKPNP) held protests in all the major towns including in Muzaffarabad of Pakistan-occupied Kashmir (PoK) on Thursday.
As hundreds of people flooded the streets to take part in the demonstration, the whole atmosphere reverberated with calls like “Pakistan should leave the dream of occupying Kashmir”.
“On this day a Pakistani military-backed Operation Gulmarg was orchestrated to capture Jammu and Kashmir and thousands of the civilians were killed, butchered and women were raped, abducted and sold into the brothels of various cities in Pakistan. This day has inflicted irreparable loss to the body of the state and souls of its inhabitants,” said one of the protesters.
The protesters further said that the Pakistani backed proxy war is still going on in Jammu and Kashmir and “innocent people are becoming the scapegoats every day”.
“We are committed to fighting against Pakistan’s proxy war and proxy politics in our region. We are committed to having a peaceful, harmonious and prosperous south Asian region including our own motherland Jammu and Kashmir,” another protester said.
The occasion of ‘Black Day’ on Thursday marks the 73rd anniversary of Pakistan’s invasion of Jammu and Kashmir.

October 22, 1947 is observed as the ‘Black Day’, when Pakistan invaded Kashmir and brought in its wake horrifying stories of mass plunder and vandalism.

Thousands of men, women and children were killed while the raiders carried out a siege of the then bustling town of Baramulla.

European Foundation for South Asian Studies (EFSAS), in a recent commentary, called October 22 as the “darkest day” in the history of Jammu and Kashmir when Operation Gulmarg was launched in a bid to seize the territory.

According to a European think tank, the tribal invasion had left between 35,000 and 40,000 residents dead.
“The planners and perpetrators of the tribal invasion were, and remain, without doubt, the foremost enemies of the Kashmiri people. The day the invasion began on October 22, 1947, has to be the darkest day in the history of Jammu and Kashmir,” the European think tank said. (ANI)