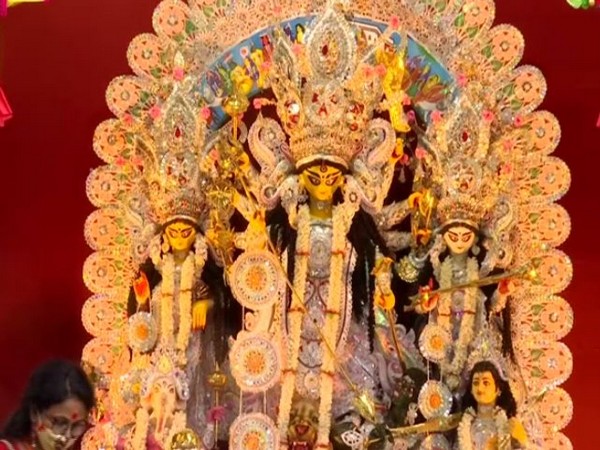 New Delhi [India], October 22 (ANI): Prime Minister Narendra Modi will virtually address the people of West Bengal on commencement of Durga Puja on Thursday.
Meanwhile, Bharatiya Janata Party has made elaborate arrangements across all booths of West Bengal for viewing of Prime Minister Narendra Modi’s greetings to the people of the state today coinciding with Durga Puja.
BJP sources said arrangements have been made in accordance with the social distancing norms in view of COVID-19 and only 25 party workers and voters in every polling booth will watch the Prime Minister’s address.
“BJP has made arrangements in 78,000 booths, across 294 constituencies in West Bengal for the virtual address of the Prime Minister coinciding with the start of Durga Puja celebrations here,” a party source said.
Assembly elections are likely to be held in West Bengal in the first half of next year and the BJP is keen to come to power by defeating Trinamool Congress (TMC). BJP had secured 18 seats in the Lok Sabha elections in 2019 with Trinamool Congress winning 22. (ANI)