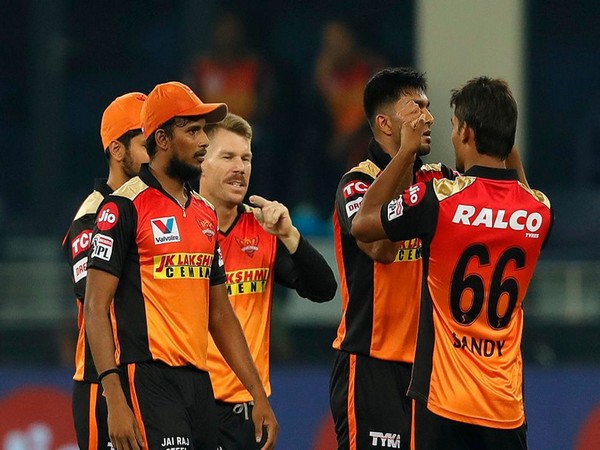 Dubai [UAE], October 22 (ANI): All-round performance by SunRisers Hyderabad bowlers have restricted Rajasthan Royals to 154/6 in their 20 overs here at Dubai International Stadium on Thursday.
After being asked to bat first, Robin Uthappa and Ben Stokes stitched a 30-run partnership for the opening stand. Uthappa’s 19-run knock came to an end in the fourth over after Jason Holder got him run out.
Sanju Samson joined Stokes in the middle. The duo played cautiously and added 56-run for the second wicket. In the 12th over, Holder sent Samson back to the pavilion. Samson played a knock of 36 including six and three fours.
In the next over, Rashid Khan scalped Stokes (30) and as a result, two new batsmen Jos Buttler and Steve Smith came out in the middle.
Buttler (9) failed to had a good outing as was bagged by Vijay Shankar in the 16th over.
Riyan Parag and Smith then had a 24-run brief stand of which 13 came off the 18th over. Holder clinched both Smith (19) and Parag (20 off 12 balls) in the 19th over.
Jofra Archer amassed 16* while Rahul Tewatia scored unbeaten two runs.
For SRH, Jason Holder claimed three wickets while Rashid Khan and Vijay Shankar got one wicket each.
Brief scores: Rajasthan Royals 154/6 (Sanju Samson 36, Ben Stokes 30, Jason Holder 3-33, Rashid Khan 1-20). (ANI)

4 arrested in Telangana for kidnapping, murder of journalist’s son