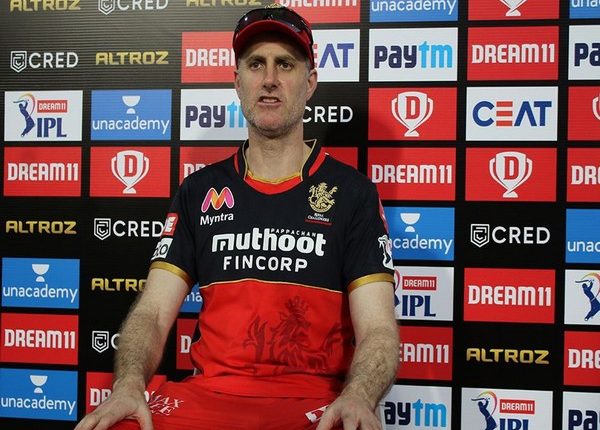 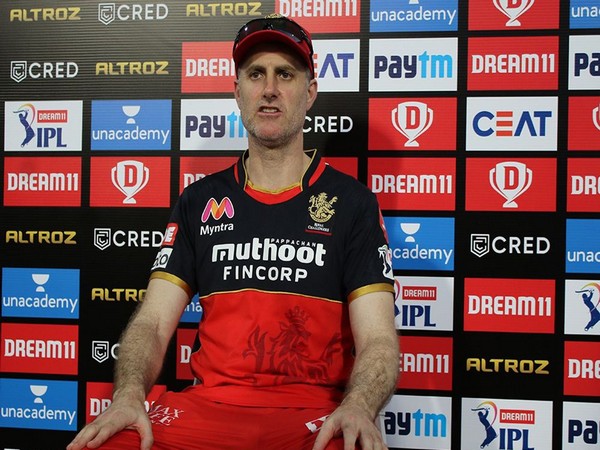 Abu Dhabi [UAE], October 22 (ANI): Royal Challengers Bangalore (RCB) thrashed Kolkata Knight Riders (KKR) on Wednesday and head coach Simon Katich was pleased with the team’s ruthless performance.
With this win, RCB has gone to the second position in the points table with 14 points from 10 matches while KKR is at the fourth spot with 10 points.
Katich said the bowlers backed each other and made sure that RCB was right on top of KKR as it was a “big name” for them.
“Yeah! I am very happy. I think the boys deserved a lot of credit for the execution and we were all on the money right from word go. Our bowlers set up the game in the first couple of overs. Morris started off well and then Siraj backed him up. Siraj two wickets in the second over put the opposition on the back foot and then another couple in the powerplay, there was no coming back then. It was ruthless performance,” said Katich in a video posted on RCB’s Twitter handle.
“This was a big game. We had little a break before and given the way the table is if this game would have gone to the other way then we are both equal. So we made sure to focus just on the process and the result took care of itself. The players deserved a lot of credit because I couldn’t have asked for a better job with the ball,” the coach added.
Batting first, KKR failed to recover from the early blows to end on 84/8 in their 20 overs. The Eoin Morgan led side had lost four wickets inside the first five overs.
Mohammed Siraj was the star of the show as he not only became the first bowler to bowl two maiden overs on the trot but also took three wickets, giving away just eight runs.
“The way we went about it especially with the ball, obviously Morris and then Siraj with the new ball. The way we won speaks volumes about the team’s talent. The other thing which stood out was the intensity in the field. In terms of how we fielded was spot on,” said Katich.
RCB will next take on Chennai Super Kings on Sunday, October 25. (ANI)

Poonam Khetrapal re-elected in WHO