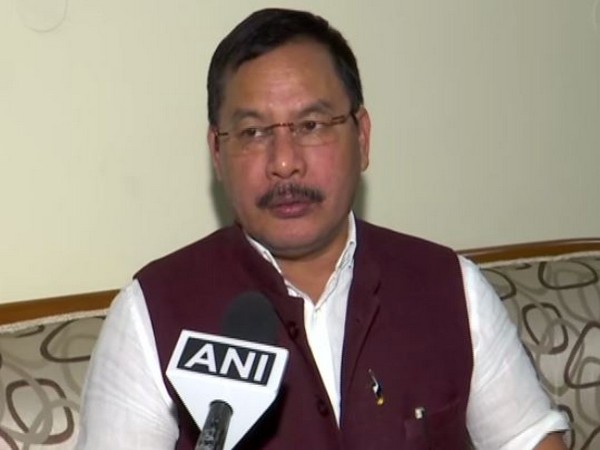 New Delhi [India], October 23 (ANI): Four member delegation of Indigenous People’s Front of Tripura (IPFT) including General Secretary Mewar Kumar Jamatia on Thursday met BJP national president JP Nadda to discuss alliance conditions agreed by BJP before the 2018 Assembly election and a separate state for indigenous people of Tripura.
Speaking to ANI, Jamatia said, “Before the 2018 Assembly election in Tripura, we were verbally assured that during the forthcoming District Council Election, IPFT will be given the maximum seat. we have reminded JP Nadda ji the same.”
“We have also met Home Secretary and discussed many issues including that 125 constitution amendment bill is pending in Lok Sabha and Rajya Sabha. We also talked about the high-level modality committee which was constituted in 2018 to look after socio-economic other problems of indigenous people of Tripura, is yet to be published the report so we requested him to make the committee to run smoothly as it has become slow and get the report in the public domain,” he said.
Jamatia apprised Nadda that since 2009, IPFT has been demanding a separate state based on the Scheduled area of Tripura.
Speaking to ANI, Jamatia said, “Today we were lucky enough to meet BJP national president JP Nadda to discuss various issues. He also enquired about the situation in Tripura while we apprised him of our demand for a separate state based on scheduled area of Tripura. We have been demanding this since 2009.”
“We also told him that our language Kokoborok be recognised as the official language of Tripura,” he added.
Jamatia said since most of the matter comes under the Union Home Ministry, they have requested JP Nadda to arrange a meeting for them.
“As most of our demand comes under the home ministry so we have requested Nadda ji to arrange a meeting with Home Minister Amit Shah,” he told ANI.
On a question about some MLA wants to replace Tripura Chief Minister, he said, “Our party is happy with the work of the Chief Minister of Tripura and we are in alliance. It is their party’s internal matter.”
On October 13, disgruntled BJP MLAs from Tripura had met Nadda to highlight their grievances.

The MLAs, who finally managed to get time from Nadda, termed the meeting satisfactory.

A disgruntled MLA told ANI that assurances have been given and the meeting was positive and fruitful. (ANI)

Sonakshi Sinha to act opposite Rajnikanth