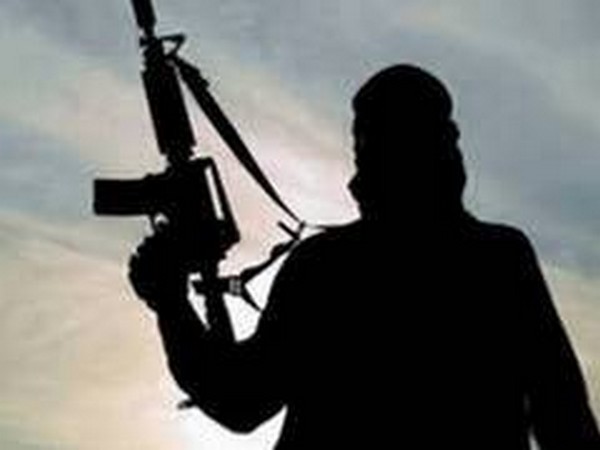 By Francesca Marino
Rome [Italy], October 22 (ANI): September has been a very active month for Jaish-e-Mohammed and Jamaat-u-Dawa, it seems. Despite their accounts being in theory frozen in fact, and despite the government frantically passing bills and amending laws to meet the FATF requirement and abide to international standard levels, the terrorist organizations that were supposed to be shut and defeated for lack of fundings were actually thriving.
And not in the shade, not underwater, but quite openly. Let’s start from the end of August in Lahore, where the Jamaat-ud-Dawa, along with their political wing the Milli Muslim League, was organising a couple of seminars. But the most remarkable was the 5th September, in Markaz Al-Rizwan Ahle Hadith, Bijli Ghar, Shalimar Town and the conference was addressed, among others, by the JuD leader Maulana Manzoor Ahmad.
The conferences, including this last one, were advertised on social media and phone numbers of the organizers were openly provided. But maybe, after the always fondly remembered by Twitter users Gen. Asif Ghaffor, nobody in the Army or in the Government checks social media anymore. FATF inspectors don’t do it for sure, because otherwise, they would have noticed, a couple of days later, another banner.
The banner was announcing a conference on “Greatness of Companions of Prophet Muhammad”. The conference was organized by Markazi Jamiat Ahle Hadith (JAH) and Ahle Hadith Youth Force (AHYF) at Markaz Eidgah Ahl-e-Hadith, Shahabpura, District Sialkot on Sept. 12. The conference has been addressed, among others, by Maulana Muhammad Bin Yamin Abid, Central Leader of Jamat-ud-Dawah.
The same day, in Lahore, the Jamiat Ahle Hadith was organizing a similar conference on Companions of Prophet Muhammad, with a pull of stars as speakers: the JuD Leaders Amir Hamza, Hafiz Saifullah Khalid & Maulana Muhammad Bin Yamin Abid (Central Leaders), Maulana Manzoor Ahmad (JuD-Gujranwala), Muhammad Hanif Rabbani and Maulana Tariq Mehmood Yazdani (JuD-Gujrat).
The same Maulana Muhammad Bin Yamin Abid of JuD was addressing another conference a few days before, on the “End of Prophethood” organized by Markazi Jamiat Ahle Hadith at Jamia Masjid Muhammadia Ahle Hadith in Sialkot. Those were the days, to be clear, of the French flags burned in the streets of the country while the Interior Minister and the Prime Minister were spreading hate towards Europeans. But there’s much more.
Despite all the cosmetic operations and the ‘fight against terror fundings’ in fact, a social media post by Jamaat-ud-Dawa Al-Islamia (JuDI), which is affiliated to Markaz Taiba in Muridke and administered by Jamaat-ud-Daawa (JuD) announced that JuDI was to start its academic activities from September 15. Citing relevant Quranic verses, the post was also asking people to donate in the name of Allah for educating youth and groom them to become religious scholars, teachers or missionaries.
Same for Karachi, where the Madrasa Jamia Al-Dirasat Al-Islamia, affiliated to JuD, was announcing the start of the new academic year. The JeM has been even more active and its activities should directly concern the FATF reviewers. At the beginning of September in fact, a Jaish-e-Mohammed post on social media titled “313 Masjid Banane Ka Azm” (Resolve to Build 313 Mosques) claimed that 93 Mosques had already been built and another 9 were under construction.
The banner awas asking donations to build 20 more Mosques. It does not come really cheap: 10.000 rupees to build a prayer room, 50,00,000 rupees for a Mosque. In the same days, JuD was very active on social media with videos and post, glorifying jihad and the merits of donating for the construction of a Masjid.
On YouTube, the 6th September, Maulana Talha Al saif, the younger brother of Masood Azhar, was delivering Friday sermons and asking for donations. Masood Azhar itself, in regular his column “Maktoob Khadim” reiterates the issue of the madrasa building and ask for donations. The academic year is started also for Jamia Masjid Usman-o-Ali in Bahawalpur. Lessons will be conducted by Jamia Al-Sabir under “the supervision of eminent scholars and teachers”.
Both Jamia Masjid Usman-o-Ali and Jamia Al-Sabir are affiliated to Jaish-e-Muhammad (JeM). It is interesting to notice that all this post and banners carry phone numbers of the organizers and name of the ‘teachers’. It is difficult to believe that in a country where social media and ordinary press are under tight control of the Army and of the ISI, social media posts will go unnoticed. It is difficult to believe also that the open fund raising of terrorists organizations like JuD and JeM are not known by the Government and by the Army.
What it is not difficult to believe instead is that Masood Azhar, an international terrorist, can freely write and freely publish his own magazine while the real journalists and the real activists are ‘disappeared’, tortured and threatened every day. The international community should stick to facts and not to well crafted reports, should look independently for facts and stop to be blackmailed by the Afghan conundrum and by China vetoes. The terrorists in Pakistan are alive and kicking, and they are there to stay.
(Disclaimer: The views expressed in this column are strictly those of the author) (ANI)

We need to uncover Pakistan’s lies about Kashmir: Manoj Sinha