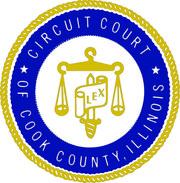 “We must push forward both actionable and aspirational policy initiatives that continue to build on the work that the County has done to build lasting, trusting and collaborative relationships between law enforcement and the residents they are sworn to protect and serve,” said Commissioner Scott Britton. “I thank President Toni Preckwinkle, the Sheriff’s Office, the Forest Preserves, and all of my fellow Commissioners for their support of and determination to implement these principles rooted in equal justice. I call on all police departments across Cook County to follow their lead and endorse the Ten Shared Principles.”

The Ten Shared Principles are a guide for departments to pledge their belief that all human life deserves equal dignity and respect. The Principles declare that fairness, transparency, impartiality, mutual responsibility, and community partnerships are the keys to diminishing and eliminating racial tension. The Principles reject discrimination of any kind and promises to support building diverse police departments. The Principles also endorse the six pillars in the May 2015 report from the President’s Task Force on 21st Century Policing.

“It is significant to have the leadership of Commissioner Britton, all other commissioners, and the Cook County government in affirming the Ten Shared Principles. We all aspire to seeing everyone treated with dignity and respect and to doing everything we can to bring about safer communities. The more we work together, the more we open doors to building trust and achieving our aspirations,” said James R. Black, President, Illinois Association of Chiefs of Police and chief of police in Crystal Lake.

In Illinois and nationally, studies have shown that Black individuals have a disproportionate level of involvement in the criminal justice system at every level. This is true for police stops, experiencing use of force when in contact with police, arrests, local jail incarceration rates, pre-trial detainee rates, sentencing, and the use of solitary confinement. This further leads to outsized participation in cycles of homelessness, unemployment, and poverty.

When asked for comments about the NAACP being notified that the Cook Country Board of Commissioners were considering adopting the historic Ten Shared Principles jointly developed by the Illinois NAACP and the Illinois Association of Chiefs, President Teresa Haley said, “I very pleased that the Cook Board has taken police reform seriously enough to join with over 230 law Enforcement agencies in Illinois that have adopted the Principles which were designed to build trust between the black communities and the police. The idea of a comprehensive and uniform set of principles on how the police are expected to interact with the citizens in black communities is long over due. The Illinois NAACP and the Cook County NAACP Branches look forward to working with the all agencies under the Cook County Board.”

In response to the national outcry following the 2014 fatal shooting of Michael Brown in Ferguson, MO, and in recognition of the need for candid conversations about the past, present, and future of law enforcement-community relations, the Illinois NAACP State Conference and the Illinois Association of Chiefs of Police articulated the Ten Shared Principles to guide reforms that eliminate the disproportionate negative impacts of policing on people of color. Since it was released in 2018, more than 230 police departments and law organizations have adopted the Ten Shared Principles.

“I wholeheartedly agree with these principles, which should be foundational for every law enforcement agency,” Cook County Sheriff Thomas J. Dart said. “As I have since taking office, I will continue to cultivate and instill these essential values in every area of the Sheriff’s Office as we continue to build relationships of trust, fairness and transparent accountability with the communities we serve.”

Why eating whole grains may be more healthy