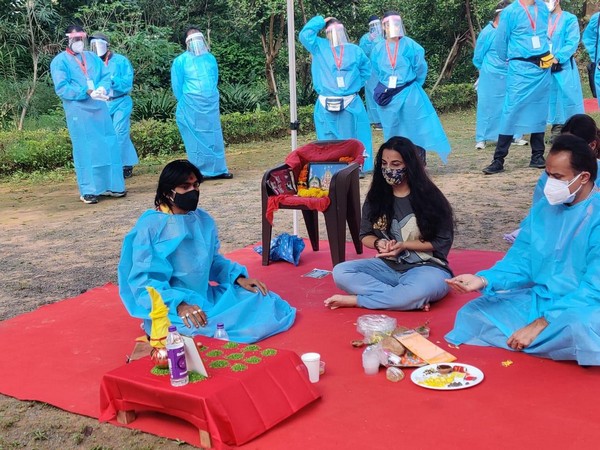 Mumbai (Maharashtra) [India], October 21 (ANI): Vidya Balan has resumed the shooting for her upcoming film ‘Sherni’ in Madhya Pradesh.
The shoot for the film came to a halt in mid-March as the nation went into a lockdown due to the outbreak of COVID-19.
With productions getting back on track while following the requisite safety protocols, Vidya Balan too has started shooting for the film.
‘Sherni’, directed by Amit Masurkar, explores the man-animal conflict. It features Vidya Balan as a forest officer.
Earlier this year in February, the ‘Kismat Konnection’ star announced the movie with a poster of the film. She wrote on Instagram, “Thrilled to announce my next film – #SHERNI … Cannot wait to start shoot!Directed by: #AmitMasurkar ,Produced by: @BhushanKumar @ivikramix #KrishanKumar & #AmitMasurkar. Written by: @aasthatiku”
Last seen in ‘Shakuntala Devi’, Vidya Balan shifted the release to the OTT platform because of the coronavirus outbreak and nationwide lockdown. (ANI)