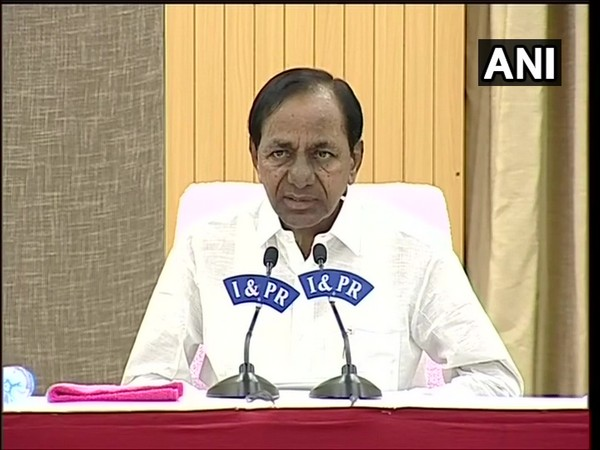 Hyderabad (Telangana) [India], October 21 (ANI): Telangana Chief Minister K Chandrashekar Rao on Wednesday issued an order asking officials to be on high alert for possible breaches in tanks amid heavy rains and flash floods.
The Chief Minister has urged to form 12 special teams to examine tanks in Hyderabad and take necessary measures to prevent any untoward incident, according to the Chief Minister’s Office.
He has spoken to Principal Secretary (Water Resources) Rajat Kumar to prepare official machinery in this regard.
“Hyderabad received heavy rains which were unprecedented in the last hundred years. This has resulted in heavy floodwater inflows. Besides the floodwater in the city, water from the tanks in surrounding areas also entered the city. All the tanks are overflowing with water,” the Chief Minister said.
“The Met department forecast says there are chances of more heavy rains. Against this backdrop, the entire official machinery should be on a high alert. As the tanks in the city have water to their capacity and there are still floodwater inflows coming into them. There is every likelihood of these tanks getting breached causing more damage. Hence, at least 15 special teams with water Resources Department officials and staff should be formed,” Rao instructed.
“They should examine each and every tank and lake in the city. Identify the tanks that may breach and take precautionary measures. Whenever tanks are breached repair them. Alert people in the low lying areas and those living in vulnerable places. Shift people from these areas to safer places,” he added. (ANI)

e-commerce in India to invest $8 bn in infra, logistics:…