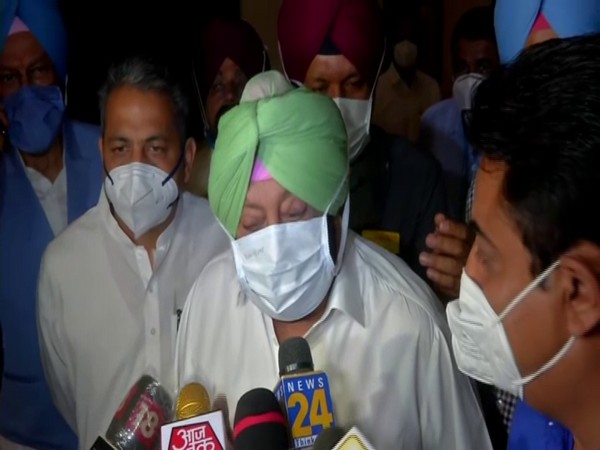 Chandigarh (Punjab) [India], October 21 (ANI): Punjab Chief Minister Captain Amarinder Singh on Wednesday said that he was doing everything for farmers of the country and the President could not ignore the will of the farmers.
Singh told reporters, “Agriculture is a state subject. We passed the resolution rejecting three farm laws enacted by the central government and Delhi Chief Minister Kejriwal should also pass it in the Delhi Assembly. The president cannot ignore the will of some of the people of India and its farmers. Kisans (farmers) constitute 85 per cent of this country,” he said.
He said, “I am doing everything for the farmers of Punjab, and therefore, the farmers of this country. This is not only limited to Punjab. This extends to Haryana, Bihar, Uttar Pradesh, and everywhere else. I do not care about President’s rule. If they want to dismiss our government, they can do so.”
Punjab Assembly on Tuesday passed a resolution rejecting three farm laws enacted by the central government as also the proposed Electricity Amendment Bill with the Chief Minister later leading a delegation to the Governor VP Singh Badnore urging him to give his assent to three bills passed by the assembly.
Punjab is the first state to reject the three farm laws which were enacted after the passage of relevant bills in the monsoon session of parliament last month.
The assembly passed three bills “unanimously” to “protect MSP and check hoarding of foodgrains”. (ANI)

Only seriously ill coronavirus patients to be admitted in…

Preserve and restore Bengali films on war footing: Big B