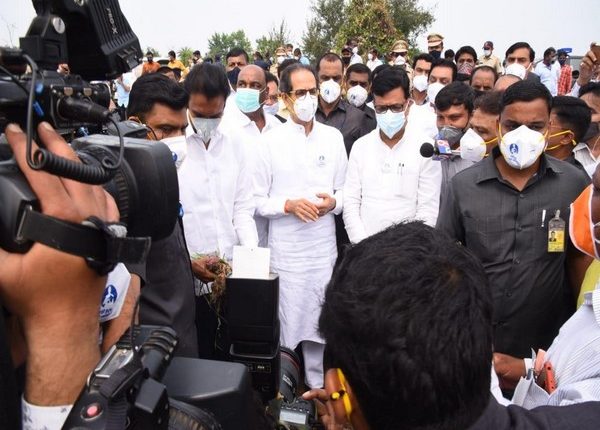 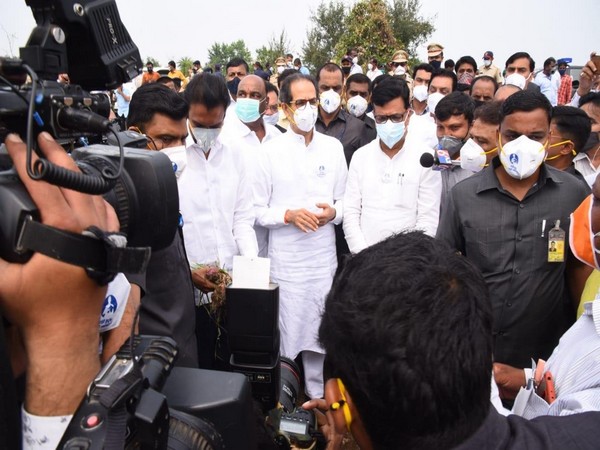 Osmanabad (Maharashtra) [India], October 21 (ANI): Maharashtra Chief Minister Uddhav Thackeray on Wednesday visited rain-affected Kategao village in Osmanabad district and surveyed the damage caused to the crops.
The Chief Minister also met and interacted with farmers.
Thackeray, along with other senior ministers from his cabinet, is visiting villages that were hit by heavy rainfall in various districts and meeting with district officials to take stock of the situation.
Crops were destroyed in the torrential rainfall and flooding that occurred for over four days last week in many districts of Maharashtra.
As many as 29 people lost their lives while 16 persons died due to the rain and floods, in Maharashtra. (ANI)