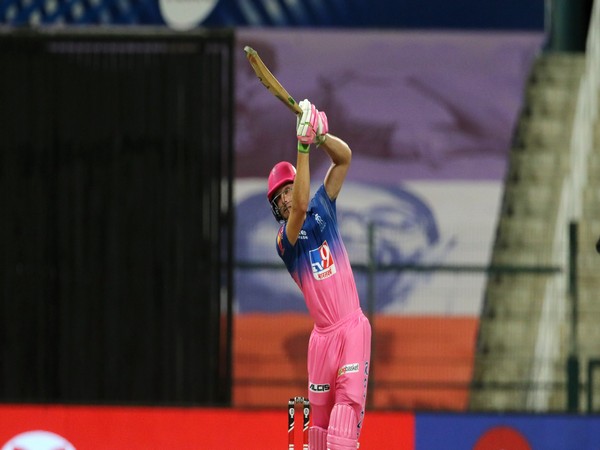 Dubai [UAE], October 21 (ANI): Ahead of the match against SunRisers Hyderabad, Rajasthan Royals’ batsman Jos Buttler said he has not scored as many runs as he would have liked in the ongoing Indian Premier League (IPL).
SunRisers Hyderabad and Rajasthan Royals will lock horns against each other on Thursday, October 22 at the Dubai International Stadium.
“I’ve been doing ok, not quite scored as many runs as I would’ve liked to and help the team win matches. We’ve started to play better in the last few matches. We probably should’ve won the last three but have only managed to win one of those, so we now have four matches remaining, all of which are must-win for us,” Buttler said in an official release issued by Rajasthan Royals.
Royals defeated Chennai Super Kings (CSK) by seven wickets on Monday at the Sheikh Zayed Stadium in Abu Dhabi. With this win, Royals maintained their hopes of qualifying for the playoffs.
The Steve Smith-led side is currently at the sixth place in the points table with 8 points from 10 matches. Buttler had played an unbeaten knock of 70 runs to take Royals over the line by seven wickets against CSK.
“We will need to win all our games to give us a chance of making the playoffs. There’s obviously a bit of a gap between the top 4 and us and we know the equation for us, so we move on to the next game with a hope to do well and hopefully win against the Sunrisers,” said Buttler.
On the other hand, SunRisers Hyderabad is at the seventh place in the points table with six points from nine games.
The Sunrisers are coming off a Super Over defeat against Kolkata Knight Riders (KKR). Skipper David Warner batted at number four in the last game and could play there again. (ANI)

Indian delegation to visit Israel ahead of Modi