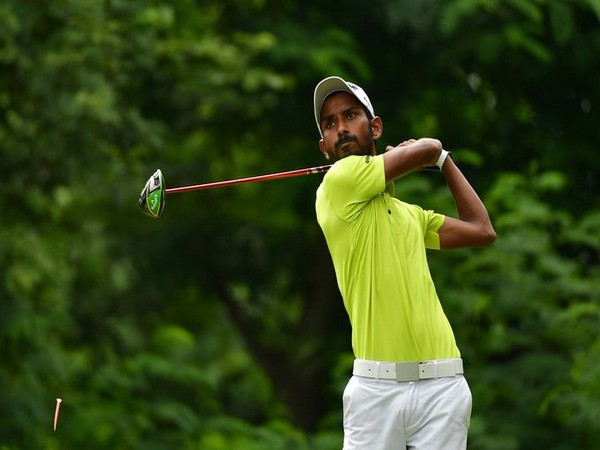 New Delhi [India], October 21 (ANI): Golfer Rashid Khan has written a letter to Prime Minister Narendra Modi and Union Home Minister Amit Shah, asking them to order an inquiry against Delhi Golf Club (DGC) for their “anti-sports policy”.
Rashid has asked for the intervention of the Prime Minister and Home Minister as he thinks that the issue between him and DGC is hampering his preparation for the Tokyo Olympics.
A two-time Asian Tour winner, Rashid has not been allowed to practice at the DGC facility on disciplinary grounds in January 2019 along with a group of golfers at the course.
In the letter written by Rashid Khan, he has clearly stated that: “DGC’s arbitrary and unlawful stoppage of my playing rights amounts to a completely anti-sport action on its part. In addition, DGC is directly responsible or engaging in several unconstitutional and illegal acts, including some criminal acts of collusion and conspiracy.
Talking to ANI, Rashid opened up about the hardships he has been facing due to the tussle going on between him and DGC. The golfer also explained that he has now started practicing at other golf courses in order to prepare for the Olympics.
“In the last two years this has been the biggest problem for me they had stopped everything in January 2019 without giving any letter or information to me that they are stopping our play and training here at DGC. They are just saying that it’s because of indiscipline, it’s a lifetime ban so I have started my practice somewhere else and for the past two years I am going there,” said Rashid.
“At DGC, I have spent 20 years and they are behaving like this. They never explained to me about the ban from their side. On January 12, 2019, there was some fight and from January 16, 2019, they stopped me from entering at DGC, at least let me know the reason for the ban but nothing as of now has been confirmed to me,” he added.
Talking about his decision to write a letter to the Prime Minister and Home Minister, Rashid said: “We are here to play golf not to fight with anyone, I have written to PM and the HM to look into the matter and I have also requested them to order an inquiry. My biggest problem is to train, max to max 10 times I have played at golf ground after lockdown. It’s a serious issue.”
“I tried to approach the Sports Minister also but nothing happened. I am feeling helpless. I have tried to settle down the matter but they asked me to come alone, I am a top player in India I can’t go alone as the players behind me need my support. I want golf to grow, but looking at the situation I don’t think something will happen soon in this regard. (ANI)