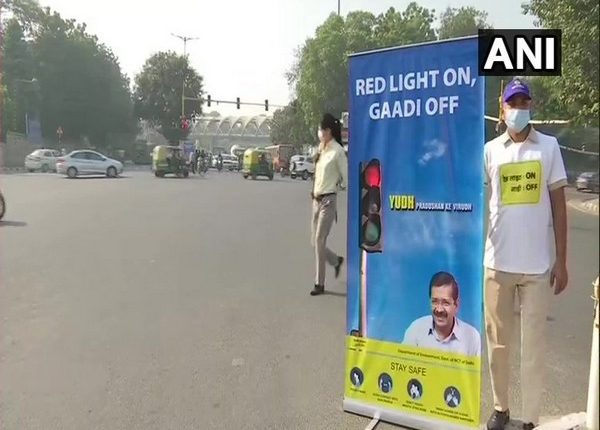 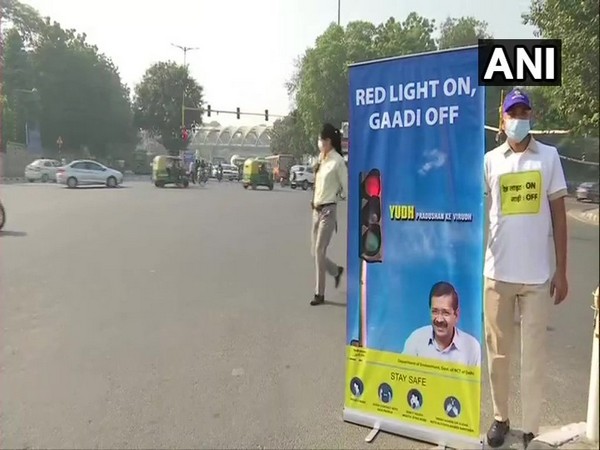 New Delhi [India], October 21 (ANI): Aiming at curbing air pollution, the Delhi government on Wednesday started a campaign, “Red light on, gaadi (vehicle) off”, as the national capital’s pollution level continued to remain poor.
Civil defence volunteers were seen giving roses to people and requesting them to participate in the campaign and follow the traffic rules, especially to switch off the engine of their vehicles while waiting at the red light.
Meanwhile, the government is getting the full support of the citizens.
At the Supreme Court traffic signal, a commuter said he turned off his car engine as the traffic light turned red. “I believe this drive will reduce a lot of air pollution in Delhi,” says Jeetu.
Meanwhile, the air pollution level in Delhi remained to be poor on Wednesday. The Air Quality Index was 103, in the poor category, with 57 ug/m3 PM2.5 matter and 66 ug/m3 PM10 matter. (ANI)