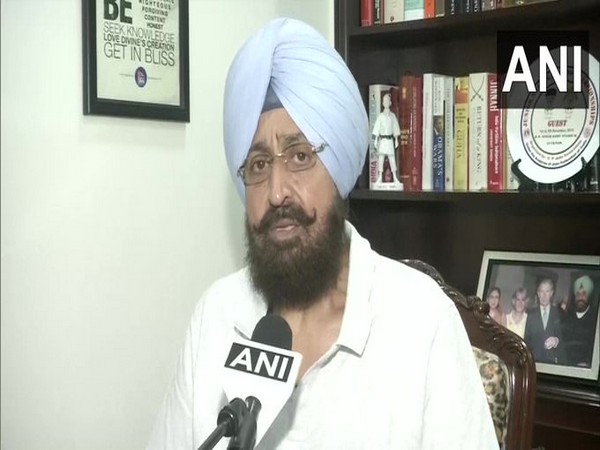 New Delhi [India], October 21 (ANI): Congress MP Pratap Singh Bajwa has written a letter to President Ram Nath Kovind requesting for a high-level probe in the killing of Shaurya Chakra awardee Balwinder Singh in Tarn Taran district of Punjab.
The Rajya Sabha MP in his letter dated October 20, 2020, said, “It is imperative that responsible including policemen who prepared inputs that led to his security cover being withdrawn should be investigated through a high-level probe.”
“I wish to bring your kind attention to the heinous assassination of comrade Balwinder Singh Bhikhiwind on October 16, 2020. Being nation hero and awarded medals of valour by the President of India, the safety and security of the family of Comrade Balwinder Singh Bhikhiwind should have been a priority of the Government of India,” he stated in his letter.
Harish Rawat, Congress In-Charge of Punjab reacted on Pratap Singh Bajwa’s letter and said Bajwa has every right to write to President but he should’ve written first to Punjab Chief Minister Amarinder Singh as law and order is a state subject.
Balwinder Singh Sandhu, who fought against terrorism in Punjab, was shot dead by two unknown assailants in Tarn Taran district on Friday.
Wife of Balwinder Singh said on Saturday that there are 42 registered FIRs of attacks on their family and countless other attacks have taken place which is not on record.
“Withdrawal of security was wrong. Government, administration and intelligence agencies are responsible for this. We sought security again, but to no avail. Those who treat security cover as a status symbol have been provided with it. We actually needed it but weren’t provided,” she added.
Rajesh Sharma, Sub Divisional Magistrate (SDM), said a member of Balwinder Singh’s family has been assured a government job.
Police officials said that all efforts were being made to arrest those responsible for Balwinder Singh’s death. (ANI)

India held to a goalless draw by Nepal