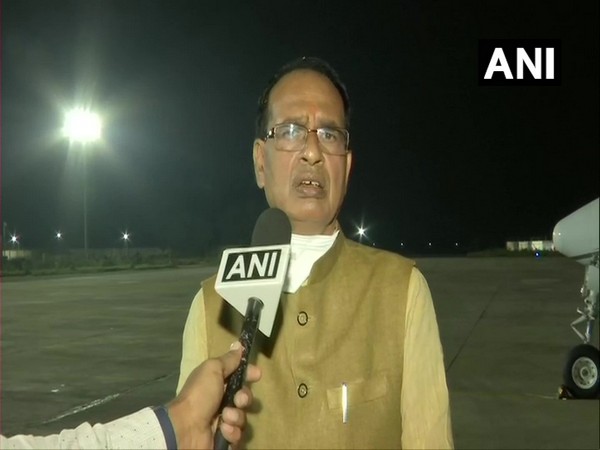 Bhopal (Madhya Pradesh) [India], October 21 (ANI): You should not make Madhya Pradesh a source of loot and to serve your and your party’s interests, said Madhya Pradesh Chief Minister Shivraj Singh Chouhan responding to Congress leader Kamal Nath.
Chouhan wrote back to the former CM in response to the letter in which he had accused him and the ruling Bharatiya Janata Party (BJP) of creating a controversy around his ‘item; remark.
“Kamal Nath ji, learn to love Madhya Pradesh and its people. Even though you are not from Madhya Pradesh, people here are trying to accept you. Therefore it is your duty to think of the interests of the state’s residents,” Chouhan’s letter read.
“This should never happen that you make Madhya Pradesh a source of loot, and serve your own interests and that of your party. I hope you will consider this,” the letter added.
Earlier in his letter to the MP CM, Kamal Nath had claimed he had made no disrespectful comments at the rally in Dabra yet the BJP was spreading lies over it.
“In the rally at Dabra I made no disrespectful comments, then too you forwarded lies and the word which you are referring to has many meanings, many definitions, but due to fault in your and your party’s thoughts are defining it as per your whim and spreading lies and are trying to mislead the public,” Kamal Nath’s letter read.
The former CM asserted that the state’s voters knew that it was another ploy by the BJP to retain power by taking the discourse of the elections away from the main issues.
Earlier, the Election Commission of India (ECI) had sought a detailed report from Madhya Pradesh Chief Electoral Officer (CEO) over the Congress leader Kamal Nath’s “item remark” at an election rally made against BJP leader Imarti Devi.
In the run-up to Madhya Pradesh legislative assembly by-polls, former Chief Minister Kamal Nath referred to Imarti Devi as an “item”, sparking a controversy. (ANI)

Trade unions all set for a day’s strike on Friday

Covid-19 taught us need to step up country’s medical…