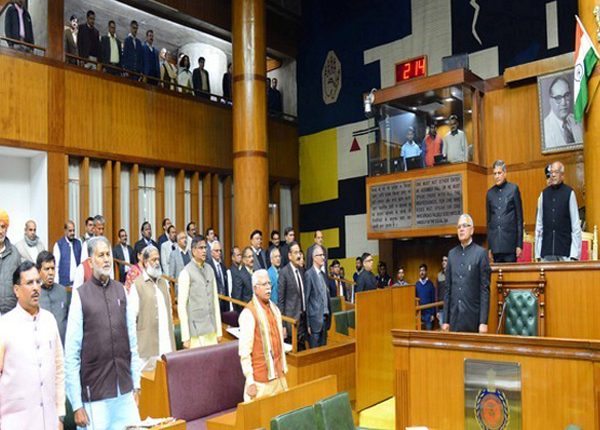 Chandigarh (Haryana) [India], October 20 (ANI): The second part of the monsoon session of Haryana assembly will begin from November 5.
An official announcement about the start of the second half of the session was made by Assembly Speaker Gian Chand Gupta here on Tuesday.
He said that information regarding the commencement of the second part of the monsoon session from November 5 was received from Haryana Government and preparations have started in this direction.
The monsoon session of Haryana assembly had been held in August. At that time Chief Minister Manohar Lal, several MLAs apart from the Speaker had tested COVID-19 positive. A release said that risk of virus spread was very high in the country as well as in the state and the monsoon session was adjourned indefinitely.
Gupta said that the risk of COVID-19 infection spread has started to reduce and second part of monsoon session will be held.
He said that all norms relating to prevention of COVID-19 will be followed.
The release said that a press gallery will be set up at Haryana Niwas in Sector 3 for coverage of monsoon session. A big screen will also be installed and three special cameras will be installed for the telecast of the session proceedings.
As part of arrangements to maintain social distancing, both the auditoriums of Haryana Niwas will be booked and the place will be declared as Vidhan Sabha premises till the session term. (ANI)

Cannot be at ease till positivity rate drops below 5…