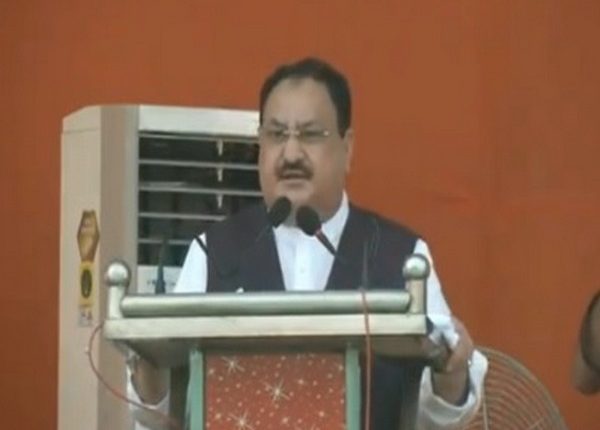 Buxar (Bihar) [India], October 20 (ANI): Ahead of the assembly elections in Bihar, BJP president JP Nadda on Tuesday said that people should choose a leader or party based on what they have done in the past.
Nadda said at a public rally here, “Before 2014 did anyone speak about the work they had done in their speeches? Before 2014 the speeches were all about allegations and categorising people into castes and regions. But after 2014, Prime Minister Narendra Modi for the first time changed the culture of Indian politics and combined it with report card. Whoever comes today now has to talk about report card, that is, the work done by them. They have to ask for votes based on the work done by them. This is how Modiji changed the culture of Indian politics.”
“Don’t choose a leader or party based on what they will do in future. Choose them based on what they have done in the past. If that party has done good work in the past then it will do so in the future as well,” the BJP president said.
“These days I see RJD poster in which there is Tejashwi but no Laluji. Is this so because the people of Bihar know that now there won’t be the rule of looting; Modi’s LED rule will be there instead of lantern rule? Instead of Goondaraj there will be rule of law. There will be a rule of development and this is the change that has come,” he said.
Nadda said, “The people of Bihar have to accelerate the work done by the combination of Centre and Bihar government and again make the NDA government victorious with a huge mandate.”
Bihar will go to polls in three phases: October 28, November 3 and November 7 for its 243 assembly seats. The results will be declared on November 10. (ANI)

Not violence but friendship forms core of ‘Meeruthiya…