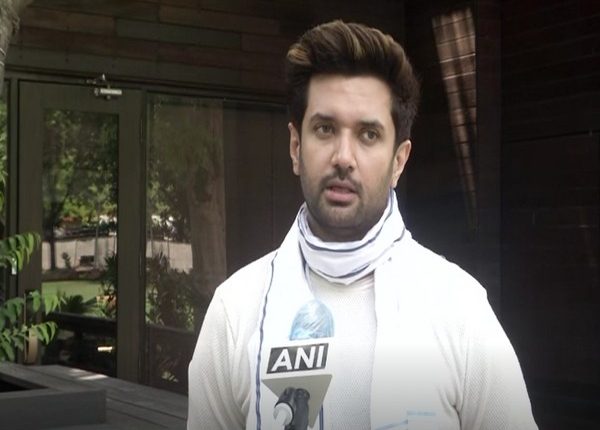 By Mukesh Singh And Sahil Pandey
Patna (Bihar) [India], October 20 (ANI): Lok Jan Shakti Party (LJP) president Chirag Paswan is set to kickstart from Wednesday his campaign for the Bihar assembly elections from Paliganj constituency, which falls under Patna district.
The LJP chief will campaign for Usha Vidhyarthi who was earlier a legislator from Bharatiya Janata Party (BJP) but after failing to get the ticket from Paliganj, switched to Chirag Paswan’s party.
Vidyarthi was BJP MLA in 2010 to 2015.
This will be first time Chirag will be leading the party after the demise of his father Ram Vilas Paswan.
In a three-corner fight, Vidyarthi is contesting against NDA candidate Jaivardhan Yadav who, in 2015, won on a Rashtriya Janata Dal (RJD) ticket but who has recently joined the JD(U), and Sandeep Bhaskar (CPI Marxist-Leninist) from the Opposition’s grand alliance.
Elections to the 243-seat Bihar assembly will be held in three phases–October 28, November 3, and 7 and the counting of votes will take place on November 10. (ANI)

‘Bullet Raja’ UP based, but different from…