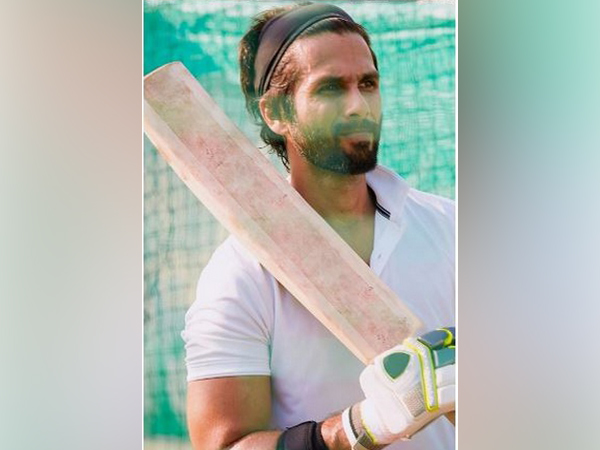 Mumbai (Maharashtra) [India], October 18 (ANI): Actor Shahid Kapoor on Sunday completed the schedule of the upcoming sports drama ‘Jersey’ in Uttarakhand.
The ‘Kabir Singh’ actor also extended his heartfelt gratitude to the Uttarakhand Government for their support during the shooting of the film.
Taking it to Twitter, the 39-year-old star wrote, “It’s a wrap on this schedule of #Jersey. I would like to thank the Govt of Uttarakhand for supporting and putting in place efficient policies that enabled us to safely shoot and wrap the schedule of our film in the many beautiful locations of the state.”
The initial shooting of the flick was held in Chandigarh last year in December.
‘Jersey’ is a Hindi-remake of a Telugu film of the same name helmed by Gowtam Tinnanuri. The Telugu version received an overwhelming response from the audience and critics alike.
After Vikas Bahl’s ‘Shaandaar’, the sports drama would see father and veteran actor Pankaj Kapur and son Shahid sharing screen space together.
Film ‘Jersey’ revolves around a father named Arjun (Nani), a talented but failed cricketer, who decides to return to cricket in his late thirties because of his desire to represent the Indian cricket team and fulfill his son’s wish for an Indian jersey as a gift. How he makes it big despite being limited by his age forms the essence of the story. (ANI)

‘Fatale’ and ‘Voyagers’ to get fresh…