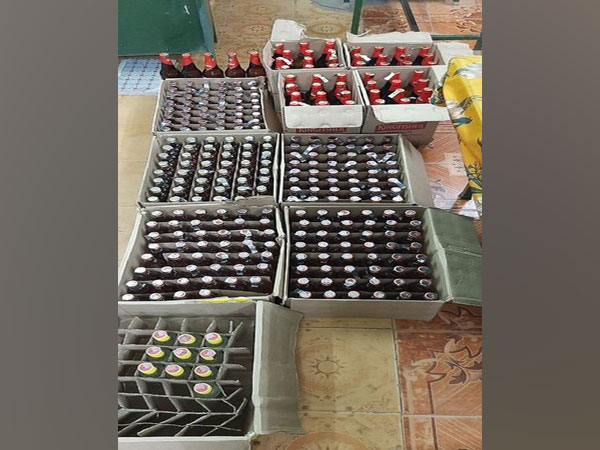 RameswaramRameswaram (Tamil Nadu) [India], October 18 (ANI): Police seized about 300 contraband liquor bottles in Rameswaram which were being smuggled and one person has been arrested.
One person has been arrested in connection to the case and an investigation is being conducted, according to port police.
The police also confiscated a van loaded with bottles of liquor and brought it to the police station. Sub Inspector Shriram has filed a case and is conducting an investigation, according to the Port Police. (ANI)

My struggling days motivate me to reach new heights: Neeraj…

Nigeria to battle Burkina Faso in All Africa Games football…

Lucknow school where student was knifed to lose recognition