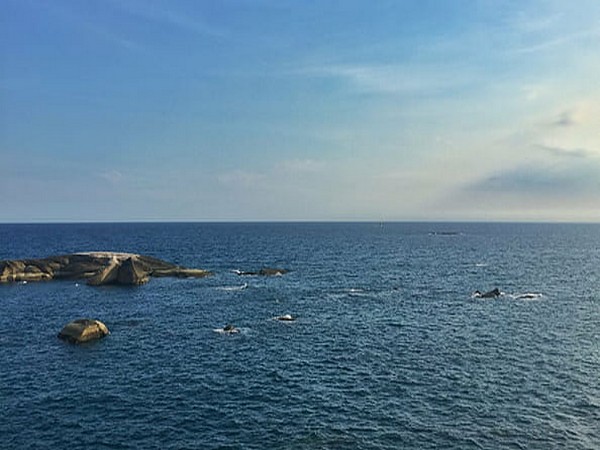 Beijing [China], October 18 (ANI): The presence of the People’s Liberation Army is increasing in China’s southeast coast as it prepares for a possible military invasion of Taiwan, according to the defense observers cited by the South China Morning Post.
According to the sources, Beijing is replacing its old DF-11s and DF-15s and deploying its most advanced hypersonic missile DF-17 in the region.
“The DF-17 hypersonic missile will gradually replace the old DF-11s and DF-15s that were deployed in the southeast region for decades,” the source was quoted by SCMP.
“The new missile has a longer range and is able to hit targets more accurately.”
Even though Taiwan has never been controlled by China’s ruling party, Chinese authorities insist that the self-governing island is an integral part of their territory, with president Xi Jinping refusing to rule out a military force to capture it if necessary.
According to the Canada-based Kanwa Defence Review, satellite images show that both the Marine Corps and Rocket Force bases in Fujian and Guangdong have expanded.
“Every rocket force brigade in Fujian and Guangdong is now fully equipped,” the report said.
“The size of some of the missile bases in the Eastern and Southern theatre commands have even doubled in recent years, showing the PLA is stepping up preparations for a war targeting Taiwan,” the further stated.
The information regarding the possible deployment of hypersonic missile comes amid heightened tensions between China and the US, with issues pertaining to disagreements over Taiwan and the COVID-19 pandemic.
On Tuesday, the Chinese President during a visit to a military base in the southern province of Guangdong had instructed troops to “put their minds and energy on preparing for war”, according to news agency Xinhua.
During an inspection of the PLA’s Marine Corps in Chaozhou City, Xinhua said Xi told the soldiers to “maintain a state of high alert” and called on them to be “absolutely loyal, absolutely pure, and absolutely reliable”.
China in recent years has also increased military drills around Taiwan, with almost 40 Chinese warplanes crossing the median line between the mainland and Taiwan on September 18-19 — one of several sorties the island’s President Tsai Ing-wen called a “threat of force.” (ANI)

Bhumi Pednekar, Rajkummar Rao to begin shooting for ‘Badhaai Do’ in January 2021